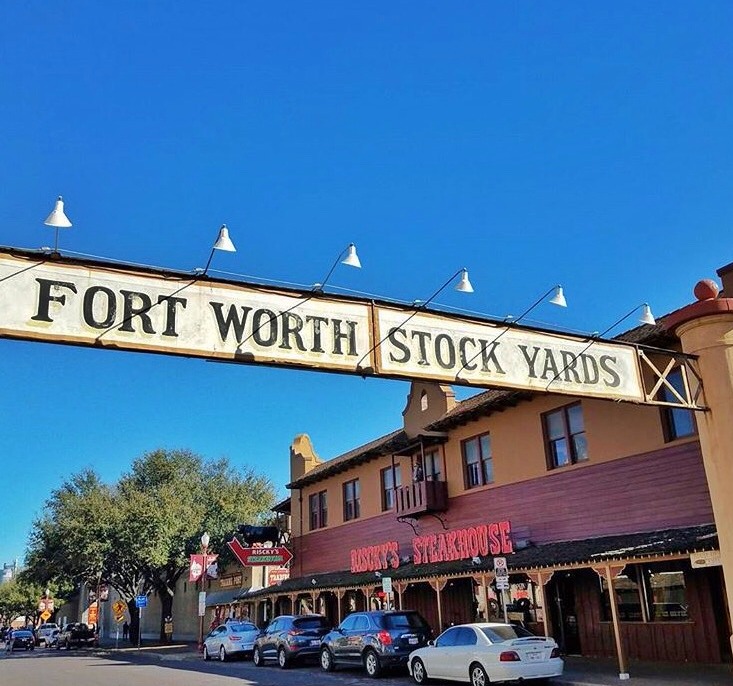 If you aren’t from Texas like I am, you may not know this but this Friday, March 3rd, is Go Texan Day! Go Texan day is sponsored by the Texas Department of Agriculture and it’s purpose is to encourage people to buy products made in the state. It is also the kick off for the Houston Rodeo. On Go Texan Day, people are dressed up in Western Gear and there are chili cook-offs and even trail rides across the state.  If you can’t make it to Texas for Go Texan Day, you can also catch real cowboys all year in the Fort Worth Stockyards. In fact, Fort Worth even has the nickname of “Cowtown!” Fort Worth is located 32 miles west of Dallas so it’s pretty easy to get visit. Today’s post is going to talk about some of my favorite Cowboy related things to do in this fun town! 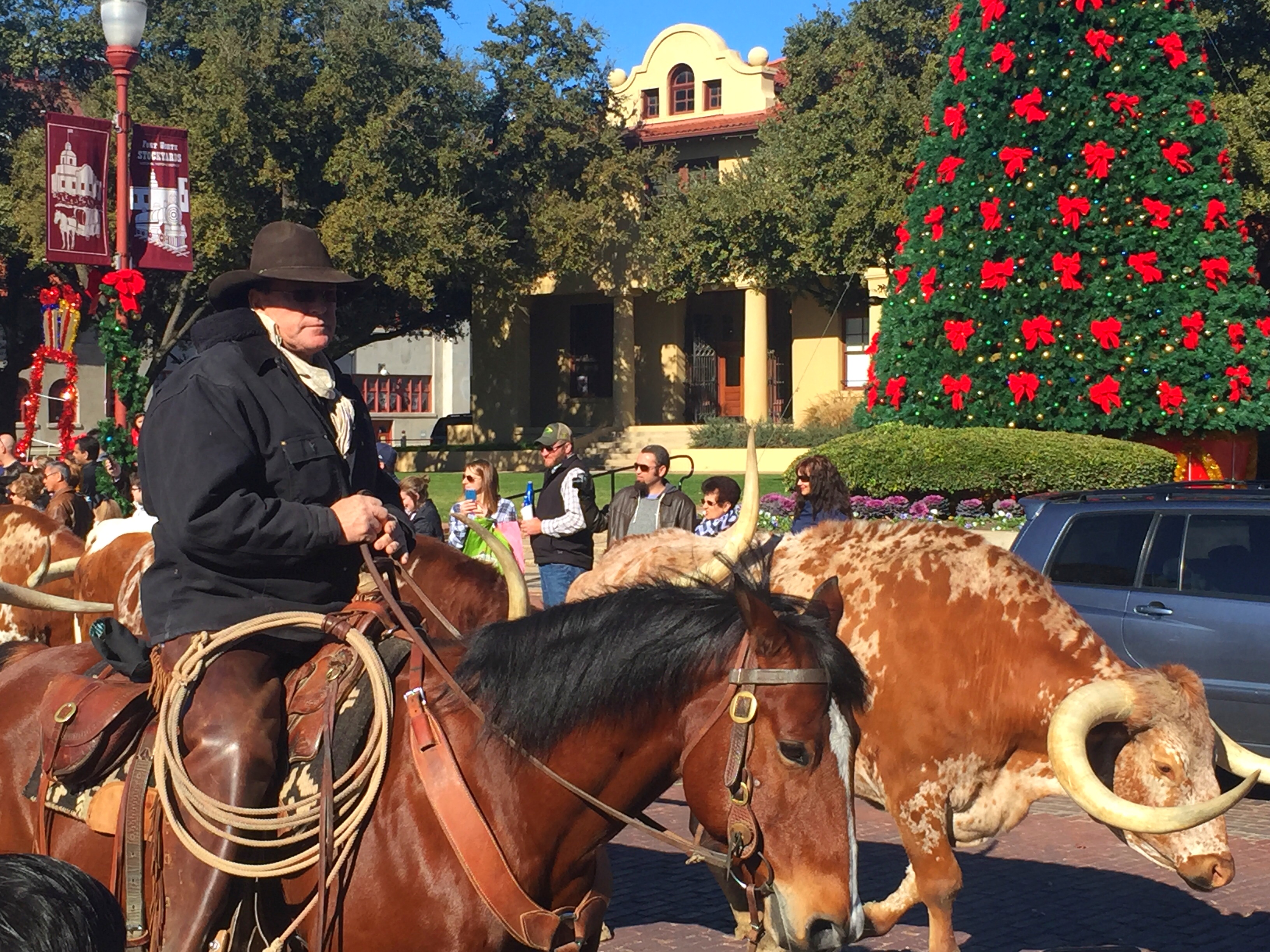 The Fort Worth Stockyards, which were established in 1866, are famous because of the livestock industry. The stockyards were once the last stop where ranchers could rest and get supplies before they took their cattle up the Chisholm Trail to the railway. At one time thousands of cattle walked through the streets of the stockyards. Today, the stockyards are the last remaining historic stockyards in the US. 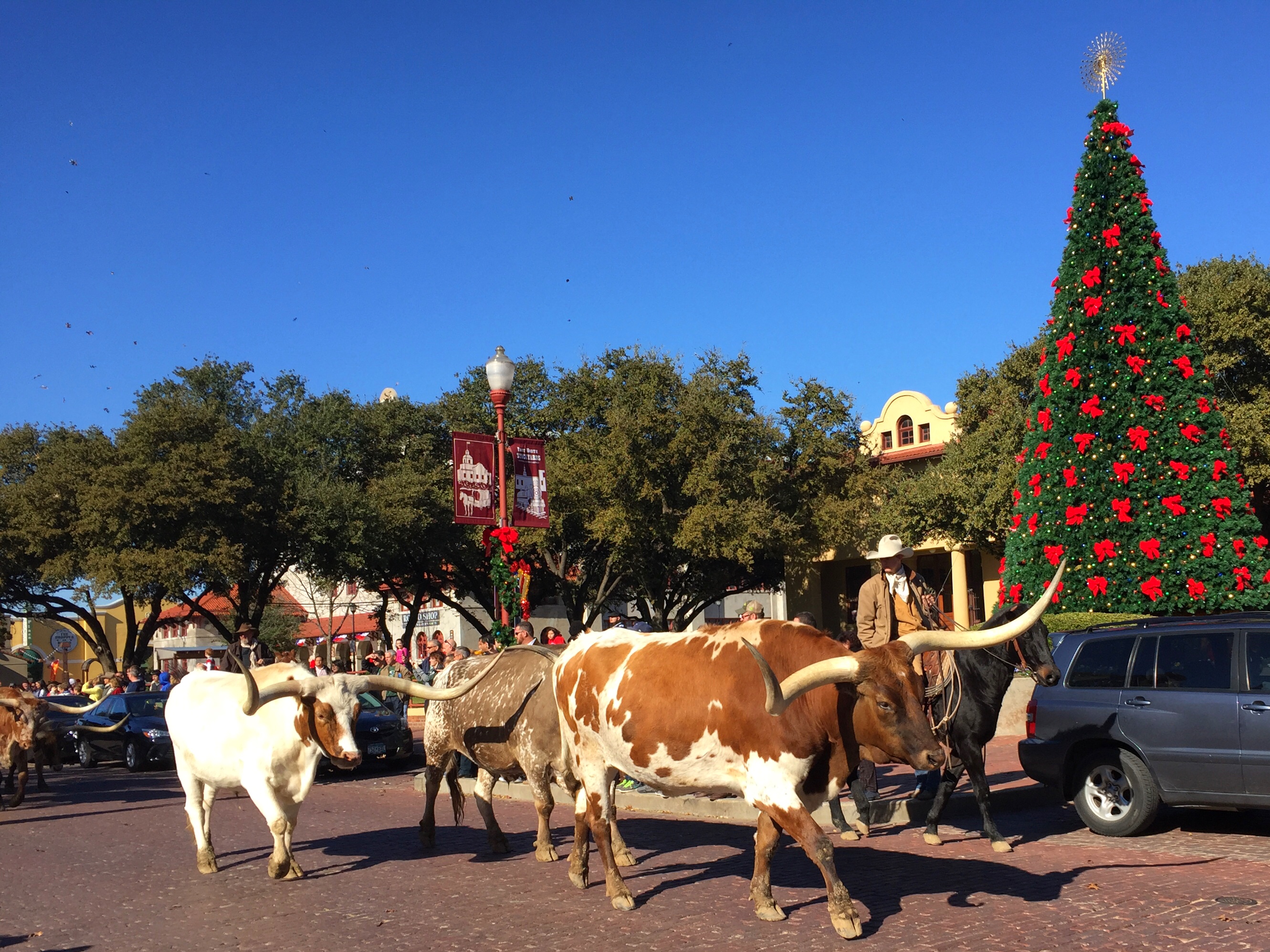 You can actually still watch the cattle walk through the streets twice a day. Yep, you read that right, everyday at 11:30am and 4pm, the cattle and herded through the streets. The Fort Worth Herd is the world’s only twice daily cattle drive and a must see if in Fort Worth. If you plan to visit go a bit early in order to get a good spot for pictures. They do not have a cattle drive on Easter, Thanksgiving or Christmas.
Location: 130 East Exchange Avenue Fort Worth, TX 76164

Go to the Cowtown Coliseum for the Rodeo! 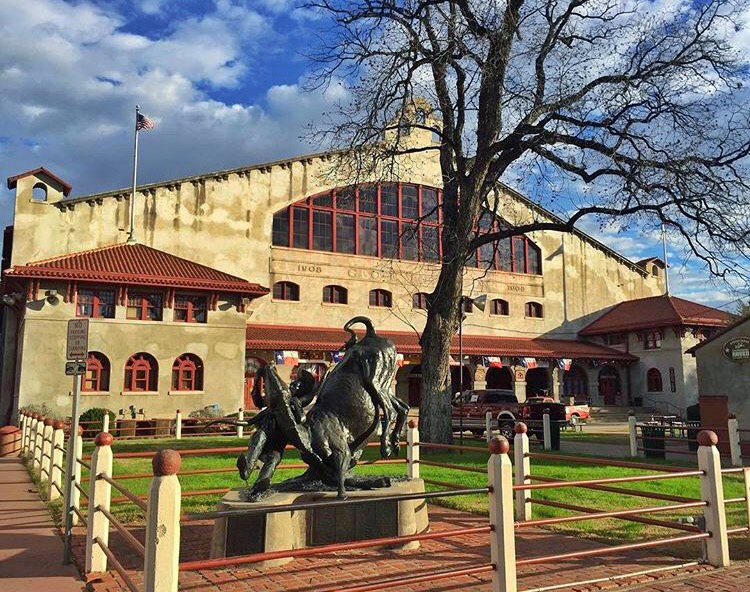 The Cowtown Coliseum, built in 1908, is a 3,418-seat arena that hosts a weekly rodeo on Friday and Saturday Nights at 8pm. This Coliseum was the first arena built for indoor rodeos in the US and is also home to the Bull Riding Hall of Fame. Tickets to the rodeo start at $19 for adults and the doors open at 6:30pm for the 8:00pm show. Go early to hear the live bands and meet some of the Cowboy/Cowgirls. There’s food and drinks for purchase inside too! You won’t want to miss this event as it’s perfect for the whole family! TIP: If you want to purchase VIP/Box Seats do it in advance as they can sell out.
Location: 121 East Exchange Ave, at Main St, Fort Worth, TX 76106 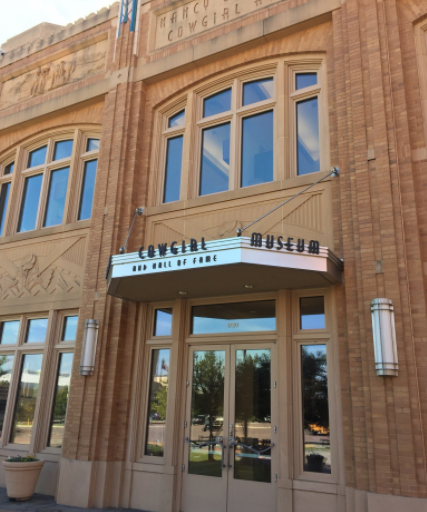 The National Cowgirl Museum and Hall of Fame is a tribute to southwestern women who have shown extraordinary courage and exemplify the pioneer spirit. Women such as teachers, artists, writers, entertainers and cowgirls are honored in the museum. Some of the best-known inductees are Annie Oakley, Georgia O’Keefe and Patsy Cline. Tickets to the museum are $10 for adults.
Location: 1720 Gendy Street, Fort Worth, TX

Check Out the Texas Cowboy Hall of Fame! 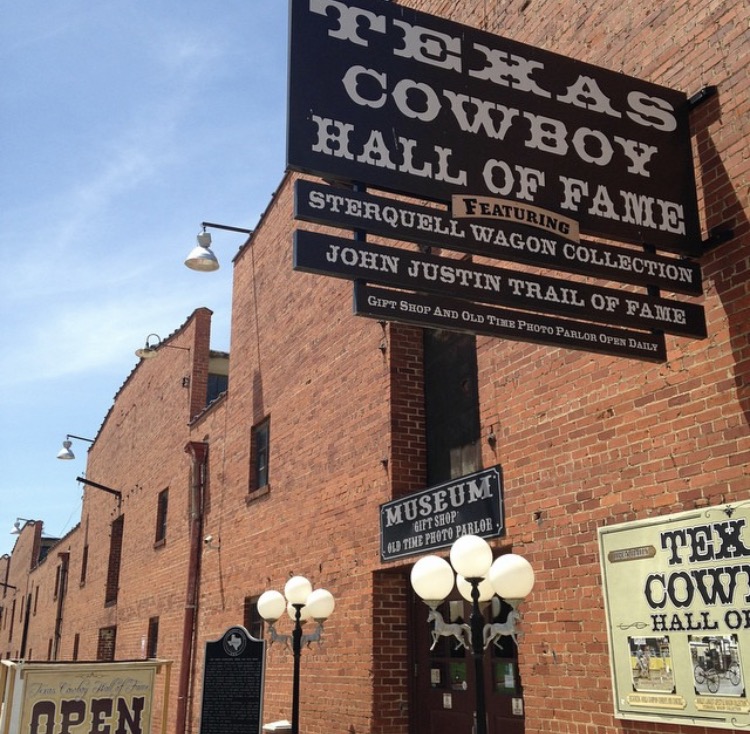 The Texas Cowboy Hall of Fame focuses on the men and women of the rodeo circuit. The Hall of Fame honors over 125 cowboys and cowgirls and each one of them has their own booth that showcases their personal memorabilia. Tickets to the Hall of Fame are only $6 so it is definitely worth stopping by on your trip to Fort Worth!
Location: 128 E Exchange Ave Fort Worth, TX, 76164

Explore the Stockyards as you shop for the best western wear in the world! 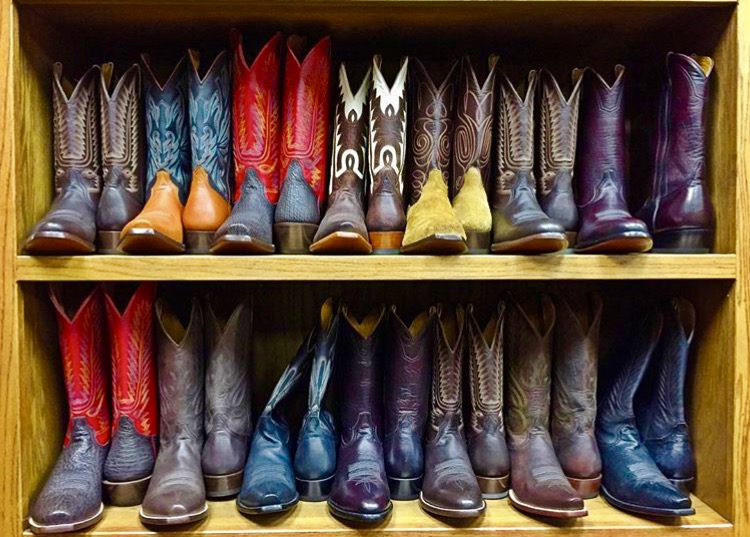 Dine at the Legendary Cattleman’s Steakhouse! 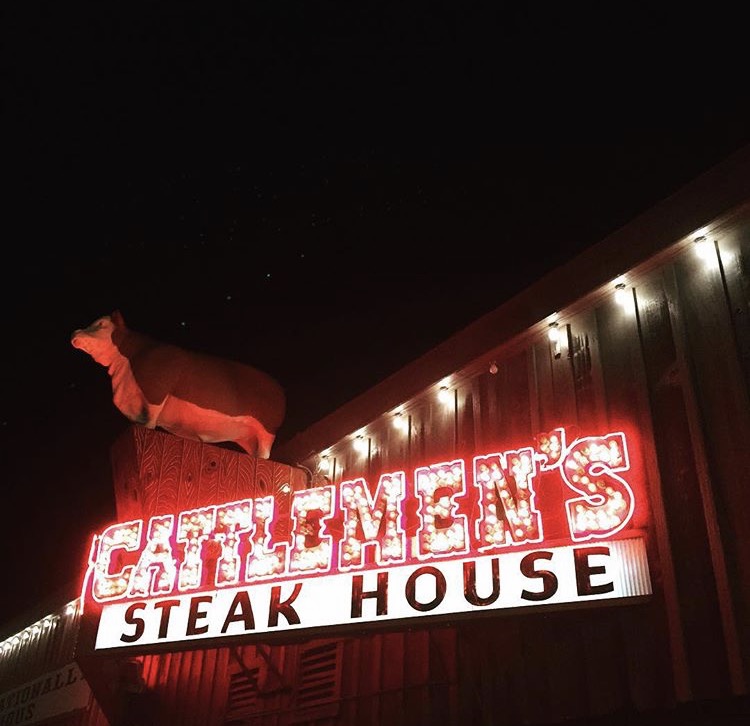 Ok, so there are a TON of great restaurants in the Stockyards but I am recommending dining at Cattlemen’s Steakhouse because it’s one of the oldest restaurants in Texas and the steaks are pretty great. Jessie Roach opened Cattlemen’s in 1947. The restaurant started as a cafe’ and then added BBQ before turning into a steakhouse. While this restaurant isn’t fancy, it screams Texas and the signature Heart o’ Texas rib-eye melts in your mouth. Ok, I’m hungry… 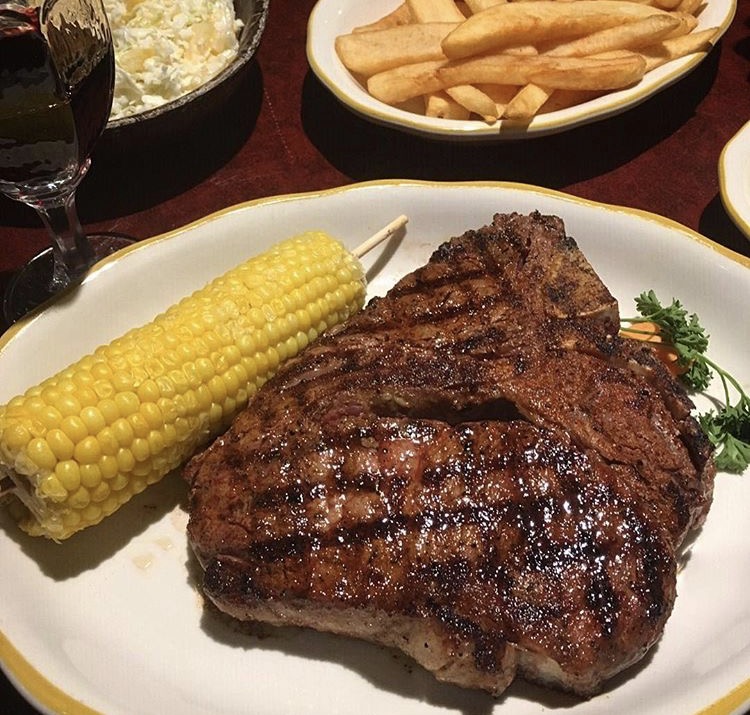 Dance the night away at Billy Bob’s! 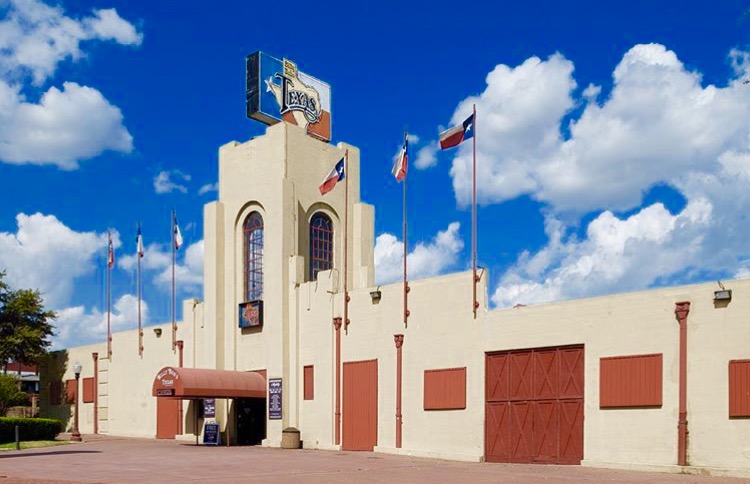 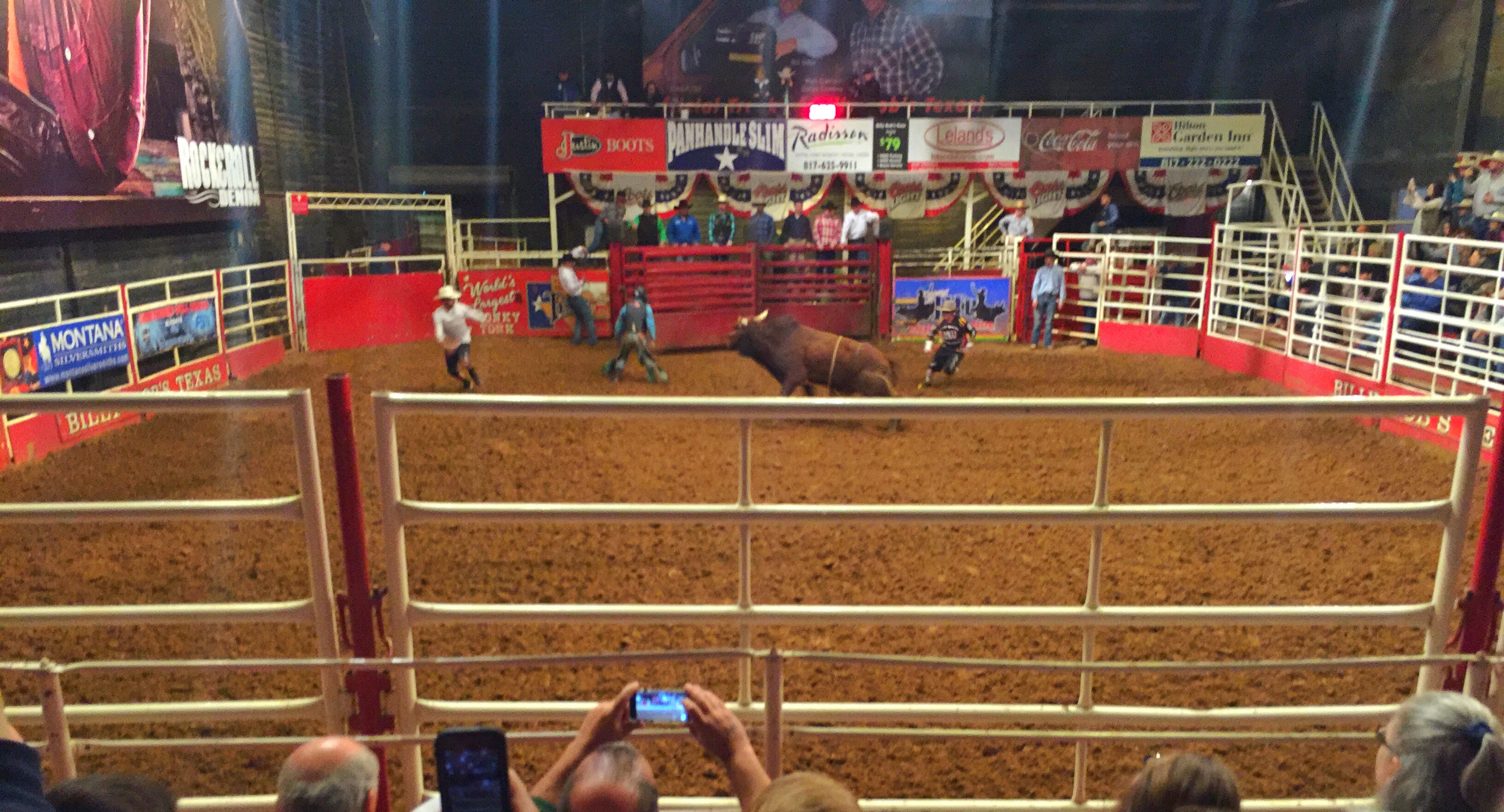 Billy Bob’s Texas, the largest honky tonk in the world, is iconic. The building Billy Bob’s is in was built in 1901, and at the time was an open-air barn used to hold cattle for the Fort Worth Livestock Show. In 1936, the building was enclosed by the city and live stock shows were held there until they were moved to the Will Rogers Memorial Complex. After this, Billy Bob’s had other uses. For instance, during WWII Billy Bob’s was used as an airplane factory, and in the 1950’s it was a department store. In 1981, Billy Bob’s Texas was born. 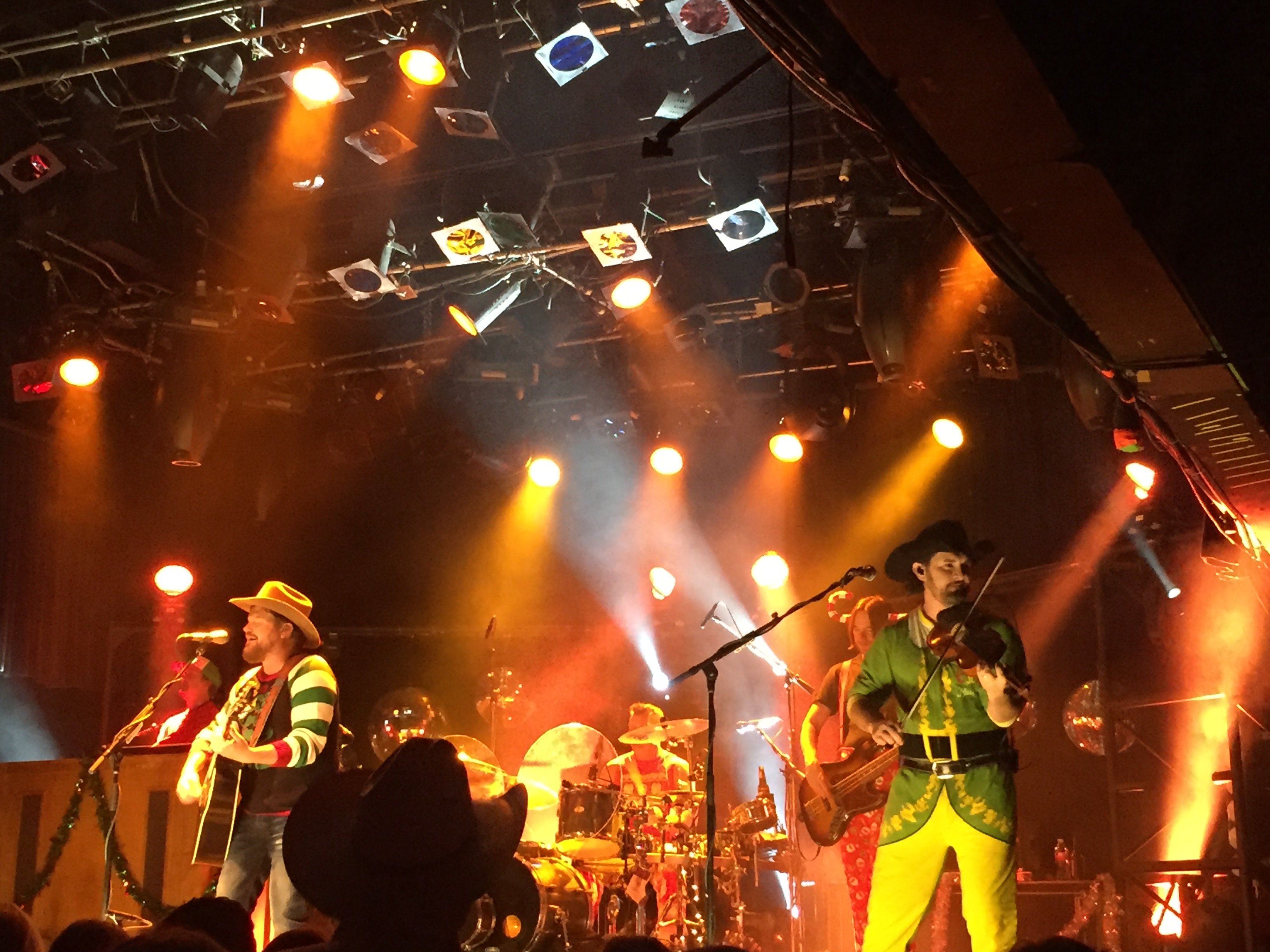 You know how they say everything is bigger in Texas? Well, Billy Bob’s really is! The bar, which has 100,000 square feet of interior space, has 30 bars, a full stage for live music with country music’s biggest stars, a live rodeo, and a Texas size dance floor.  Country legends such as Willie Nelson and Merle Haggard have performed here. There’s one thing for sure, if you’re in Fort Worth, you can’t miss a night at Billy Bob’s! 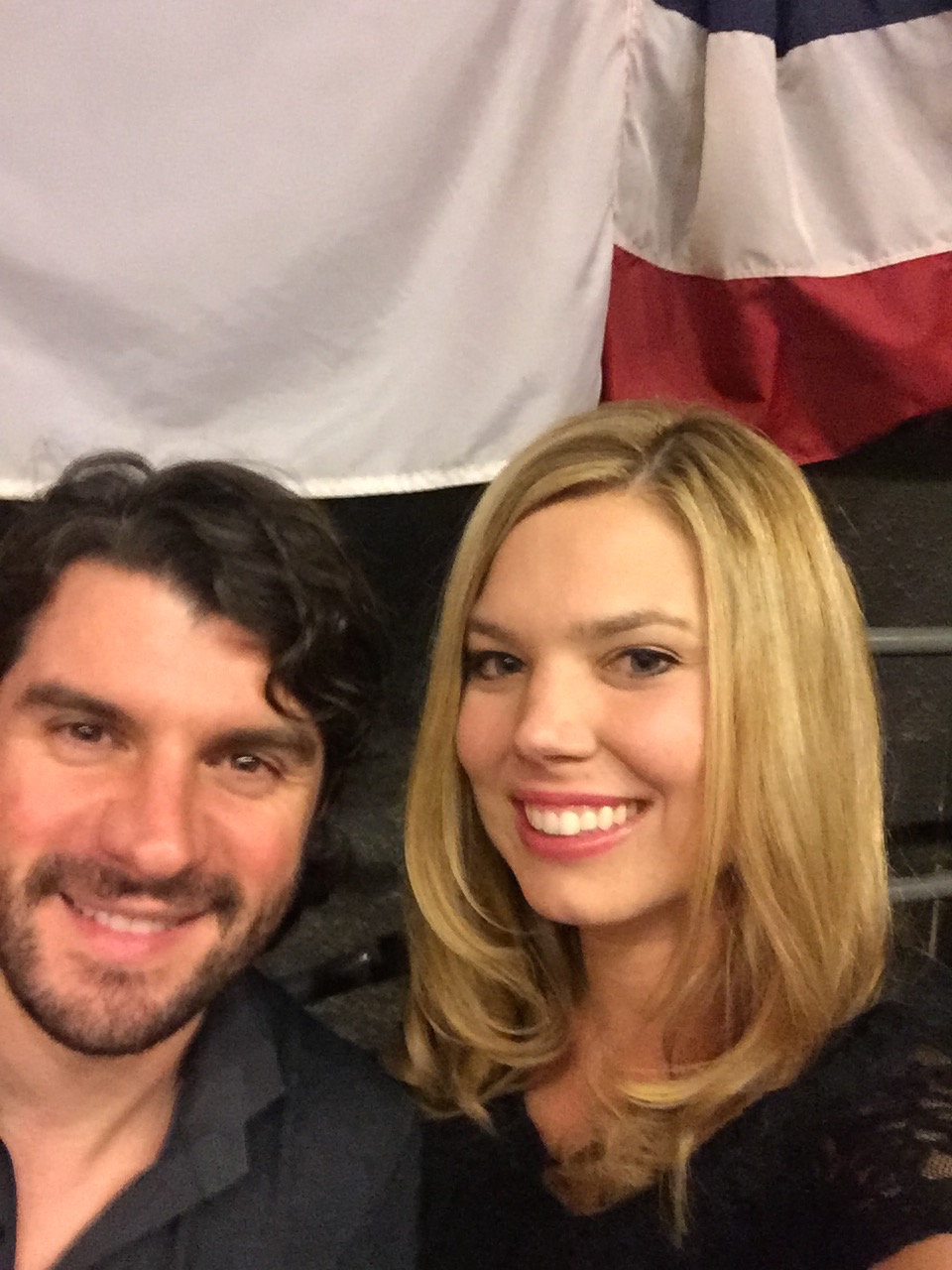 Have fun in Texas!!! 10 Ways to Feel Festive during the Holidays in NYC!