629
0
0
It’s October and you know what that means- Halloween is coming!!! One of the most popular Halloween attractions in Los Angeles, and arguably the US, is Universal Studios Halloween Horror Nights. With 2 locations in the US, one in Orlando, and one in Los Angeles, horror fans can flock to either of the coasts to be scared out of their minds. (Universal Studios in Japan and Singapore also host this event.) The haunted houses at Universal are created by people who actually work in the movie industry so the sights, sounds and even smells really make you feel like you’re living in a horror film. This event is NOT for the faint of heart so be prepared if you go! 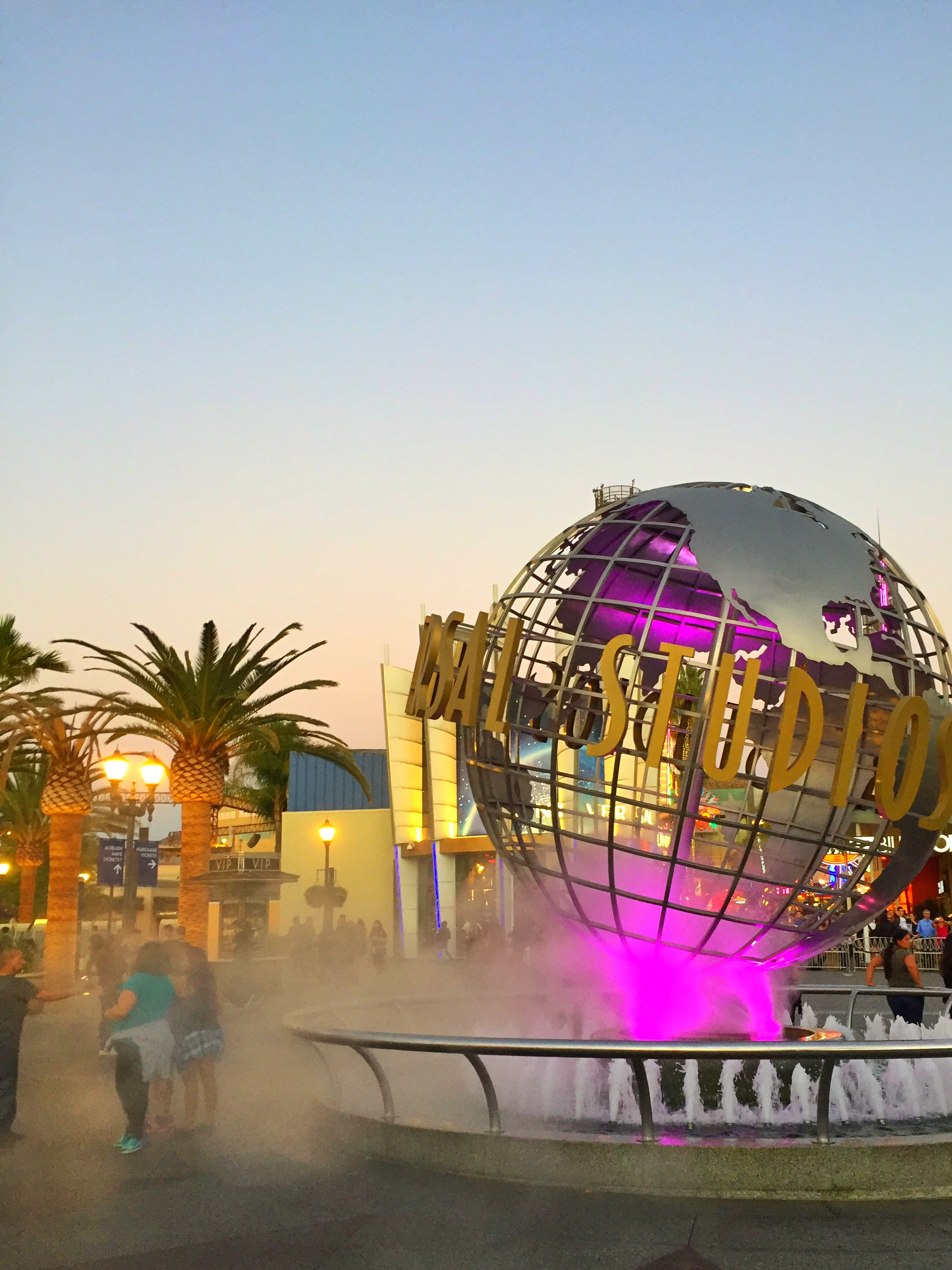 Today’s post will talk about the different mazes and walks at Horror Nights and I’ll give each scare a rating from 1-10. (1 being not scary at all and 10 being DON’T DO IT!) I’ll also break the mazes down based on where they are on the lot. I highly suggest buying a front of line pass so you can see each attraction as the wait times for them are extremely high. If you don’t want to spend the extra money on a front of line pass my suggestion would be to go to the Exorcist maze first, then hit the backlot mazes, go back up to the Halloween maze, and then end your night on the upper lot. 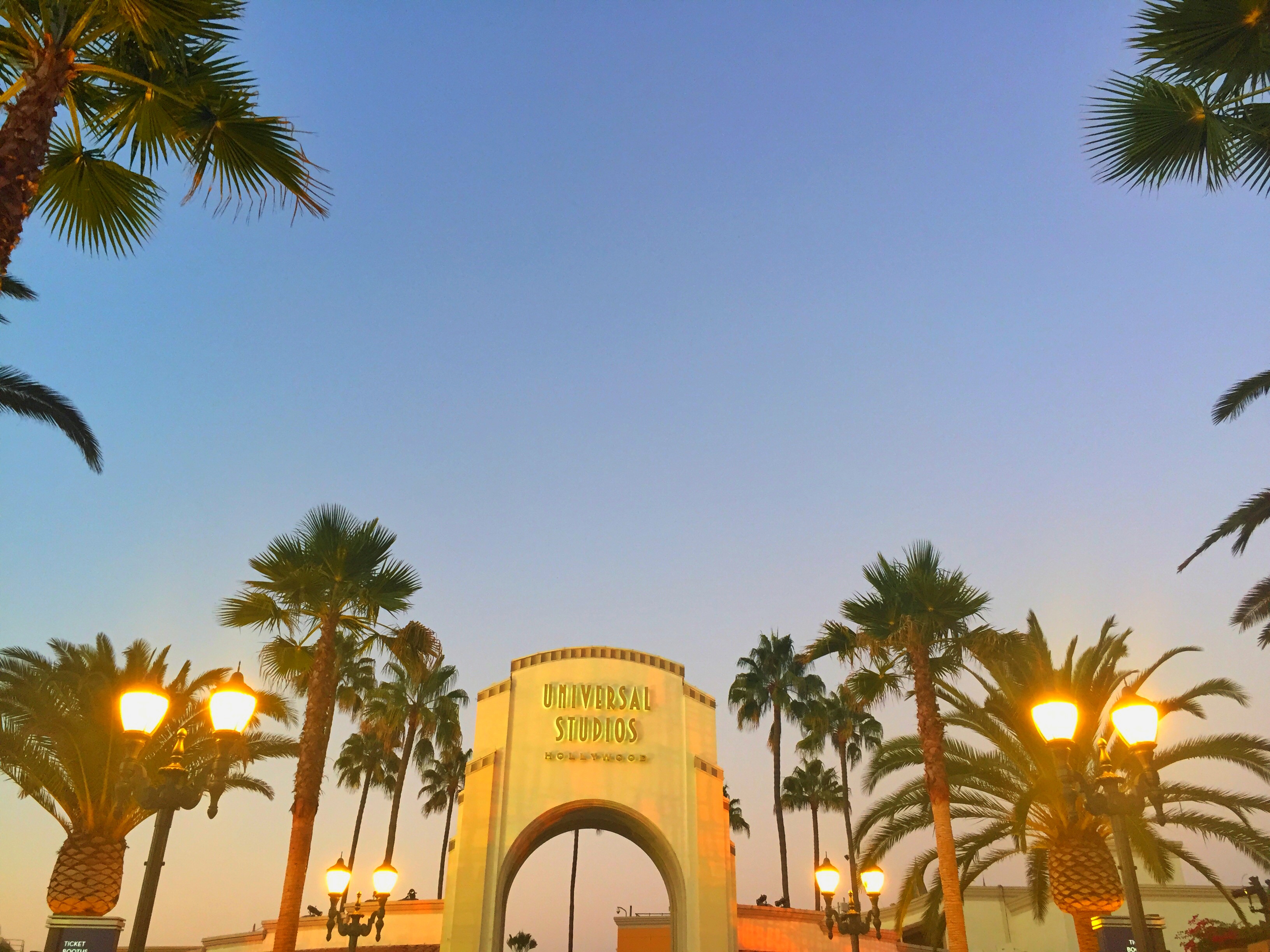 Let’s start with the upper lot of the park. Here we go! 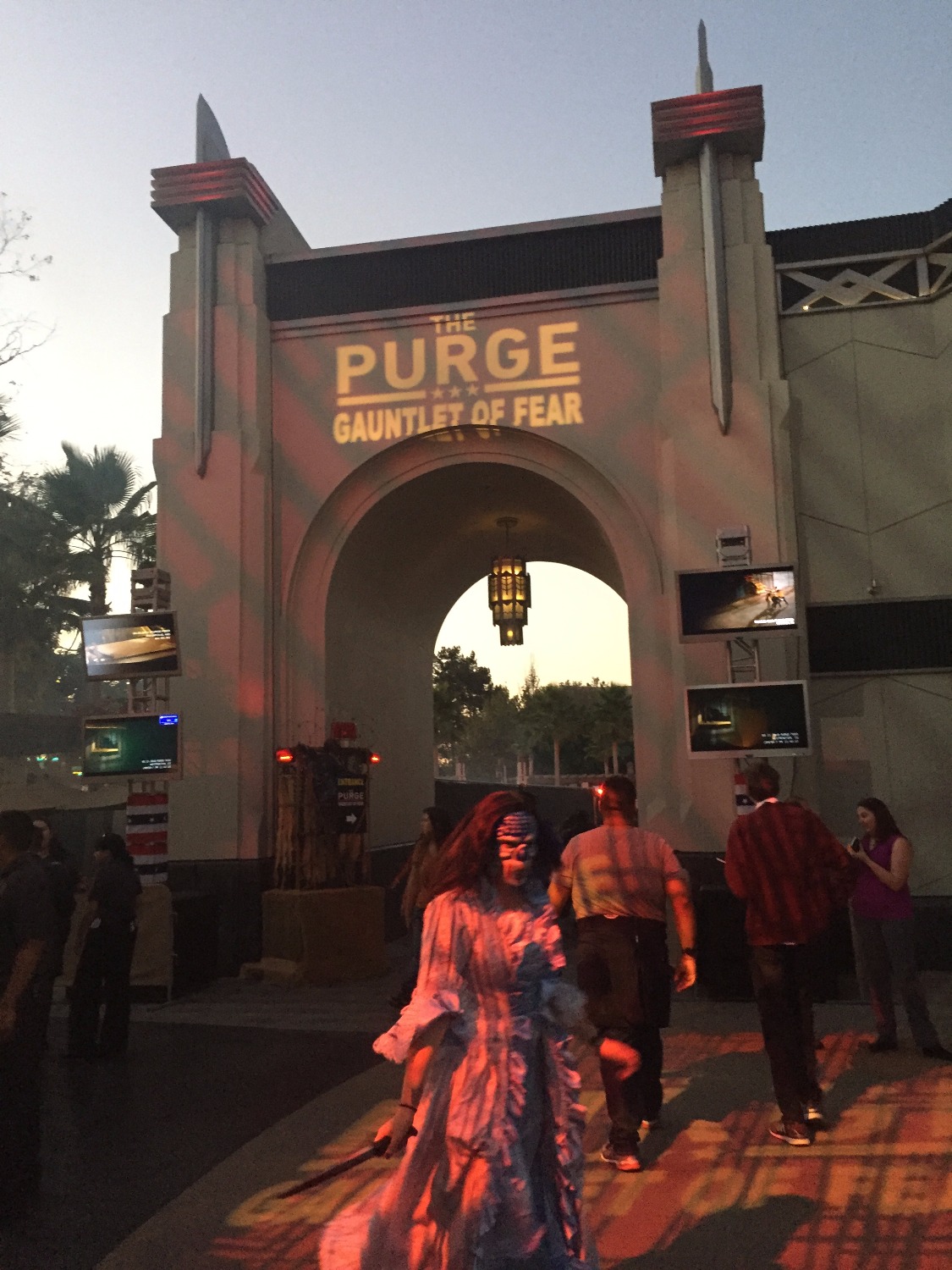 Scare Level: 6 (These killers jump out from everywhere! There’s so many chainsaws you kind of get used to the noise though…never thought I would say that!)
From the moment you walk into Universal, prepare to be terrorized by characters from “The Purge: Election Year.” “The Purge” isn’t a maze, but multiple scare zones throughout the park, which is great because there’s no line. Having one theme for all of the scare zones is a new idea for Universal and well executed because it re-enforces the theme from the film, there really is no where to run and hide!
Once in the park, you must walk through the streets of “The Purge” to reach all of the mazes so be on the look out for creepy characters in porcelain masks that will pounce at you with machetes and chainsaws. It’s quite frightening at times because they come at you from everywhere! My personal favorite part of “The Purge” attraction, is the tunnel you walk through to get to the back lot. There are strobe lights, loud music and no escaping these crazed killers!!! 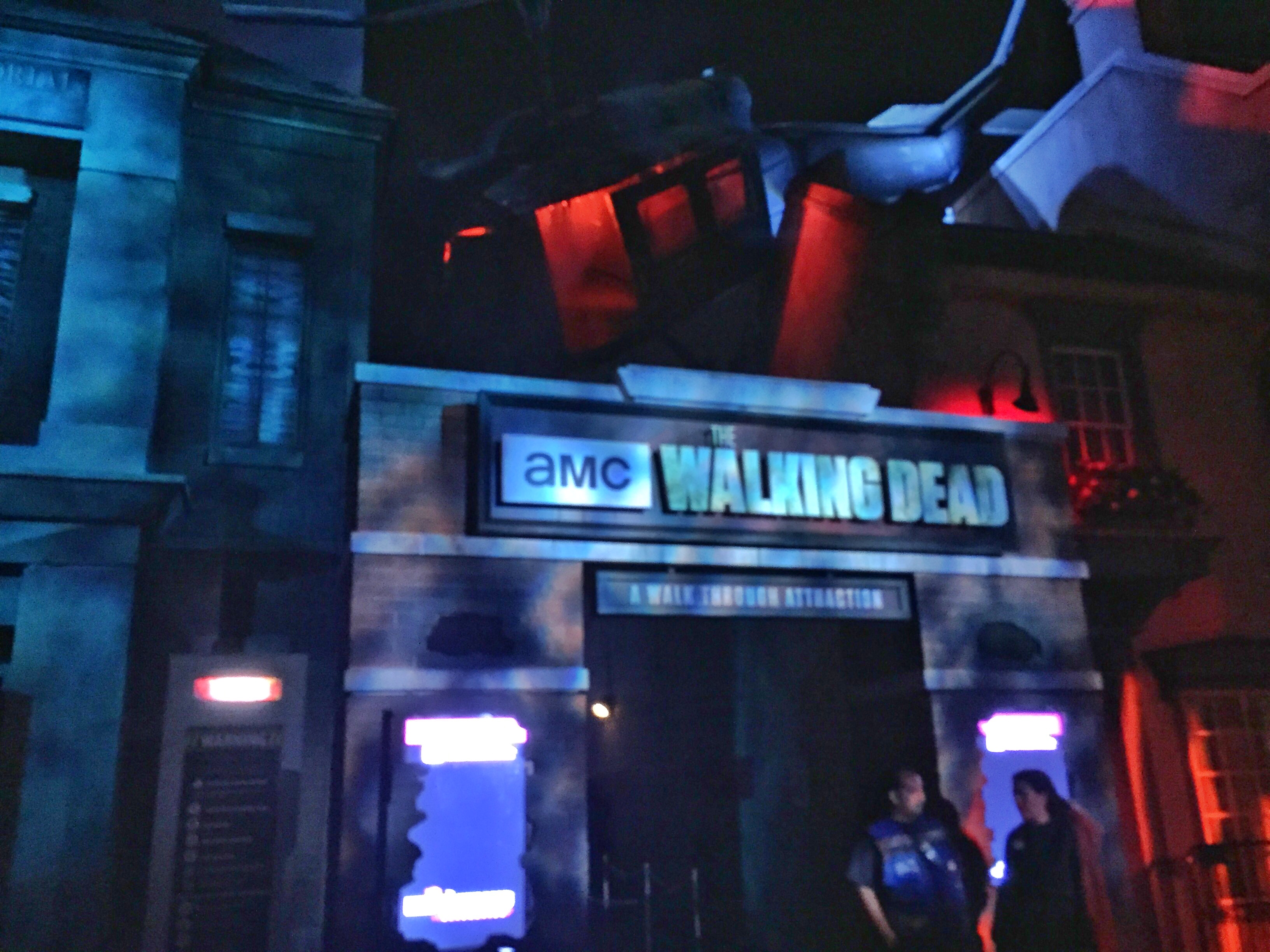 Scare Level: 7 (But I’m really scared of Walkers. They remind me of people on Flakka that could eat your face off.)
The Walking Dead is now a permanent attraction at Universal Studios, which means you can see it any day, but I wanted to mention it because there was no line for it when we visited the park. The Walking Dead attraction basically walks you through memorable moments from the series. If you are a fan of the show this is a must visit!!! I wish I took photos inside, but Zombies really freak me out, and the make-up is so realistic I couldn’t bring myself to do it. Be prepared for walkers to jump out from every corner! Universal did a great job on this exhibit! 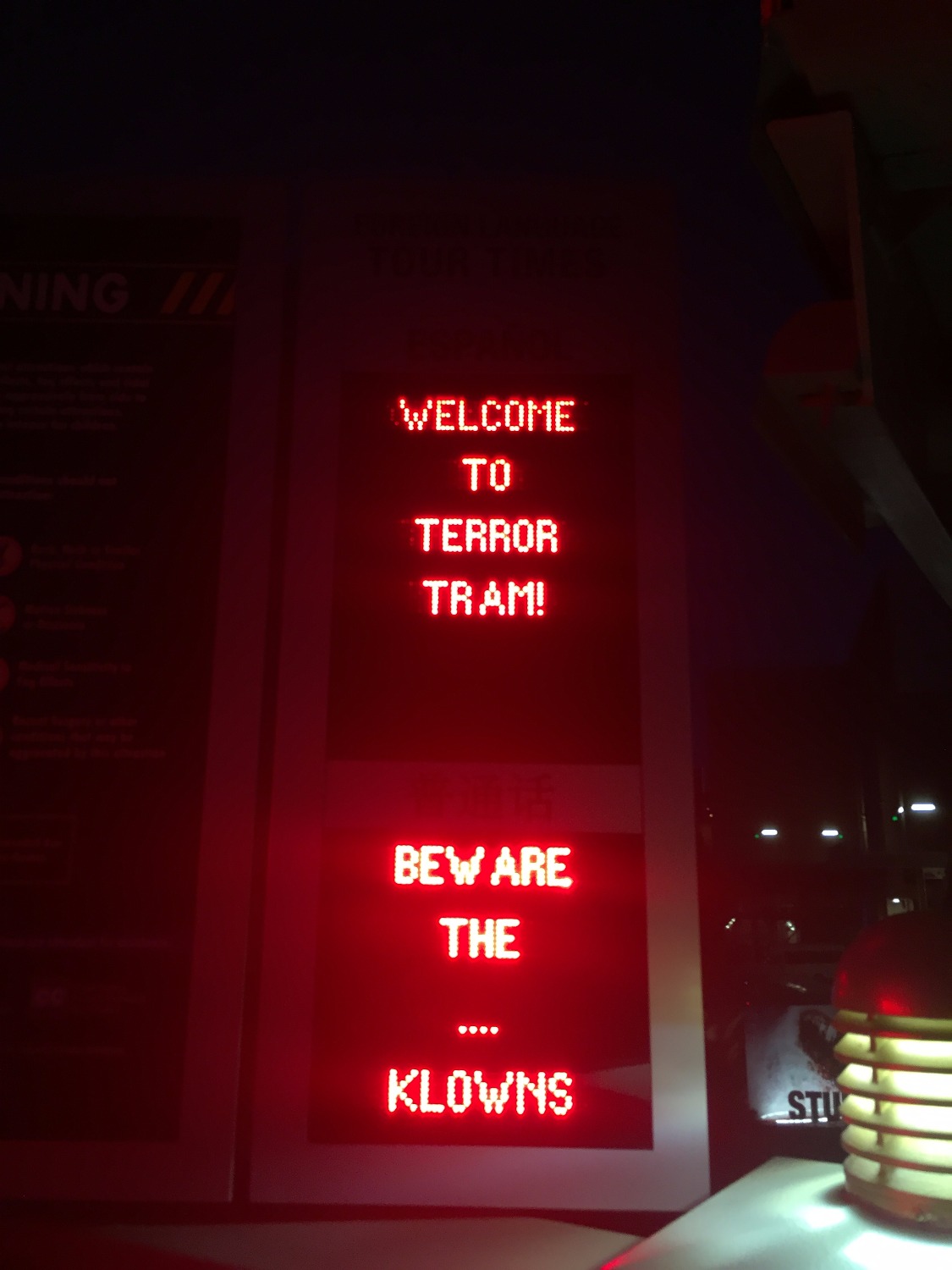 Scare Level: 5 (Which is weird because I HATE CLOWNS!!!) 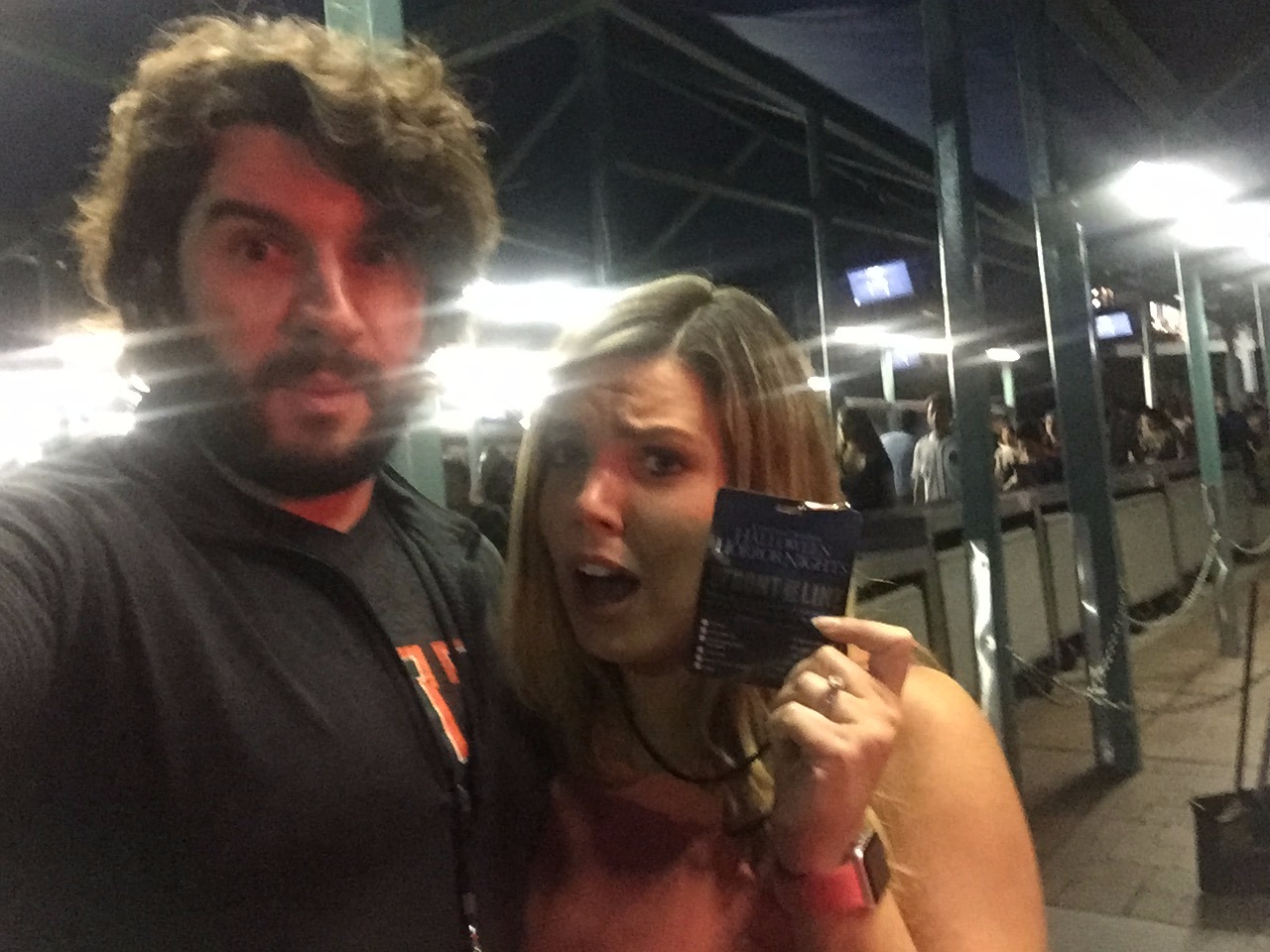 Eli Roth took over Universal’s Terror Tram this year with the twisted story of Koodles the Clown, a former children’s TV Host turned serial killer. Sounds scary right? NOT! Normally, the Terror Tram is my favorite part of the park because you get to explore Universal’s back lot and walk through the Bates Motel, by the actual house from the movie Psycho, and through the airplane crash set from “War of the Worlds,” but this year it wasn’t as fun. 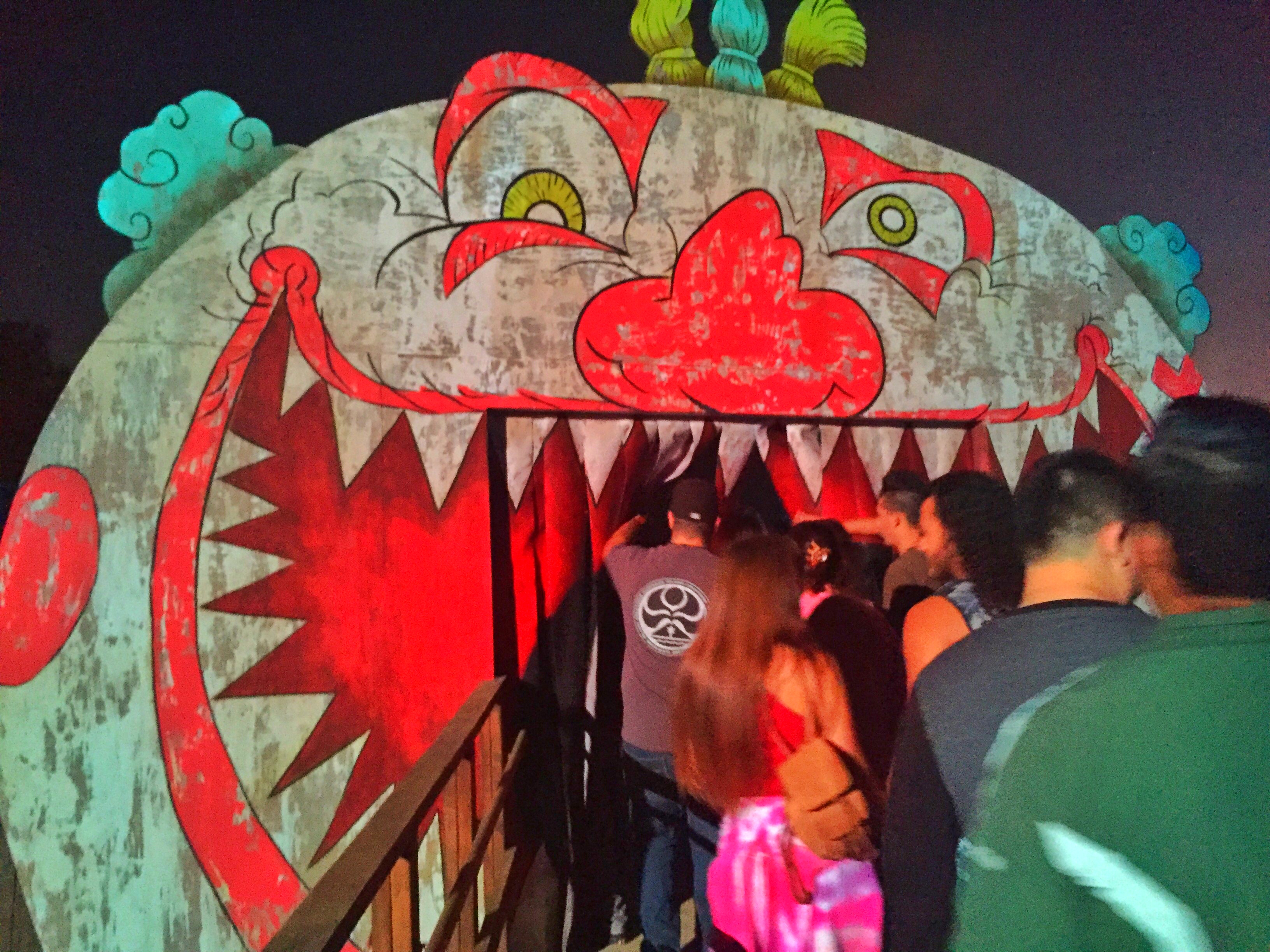 The crowd management for this “thrill” seemed totally off and everything was so packed it was pretty impossible to move let alone be scared. If you were going to skip something I’d skip this attraction. It was a bit of a waste of time.
Note: If you want to do the tram go early as it closes by 11:45pm. This is much earlier than the other mazes. You can board the tram from the upper lot. 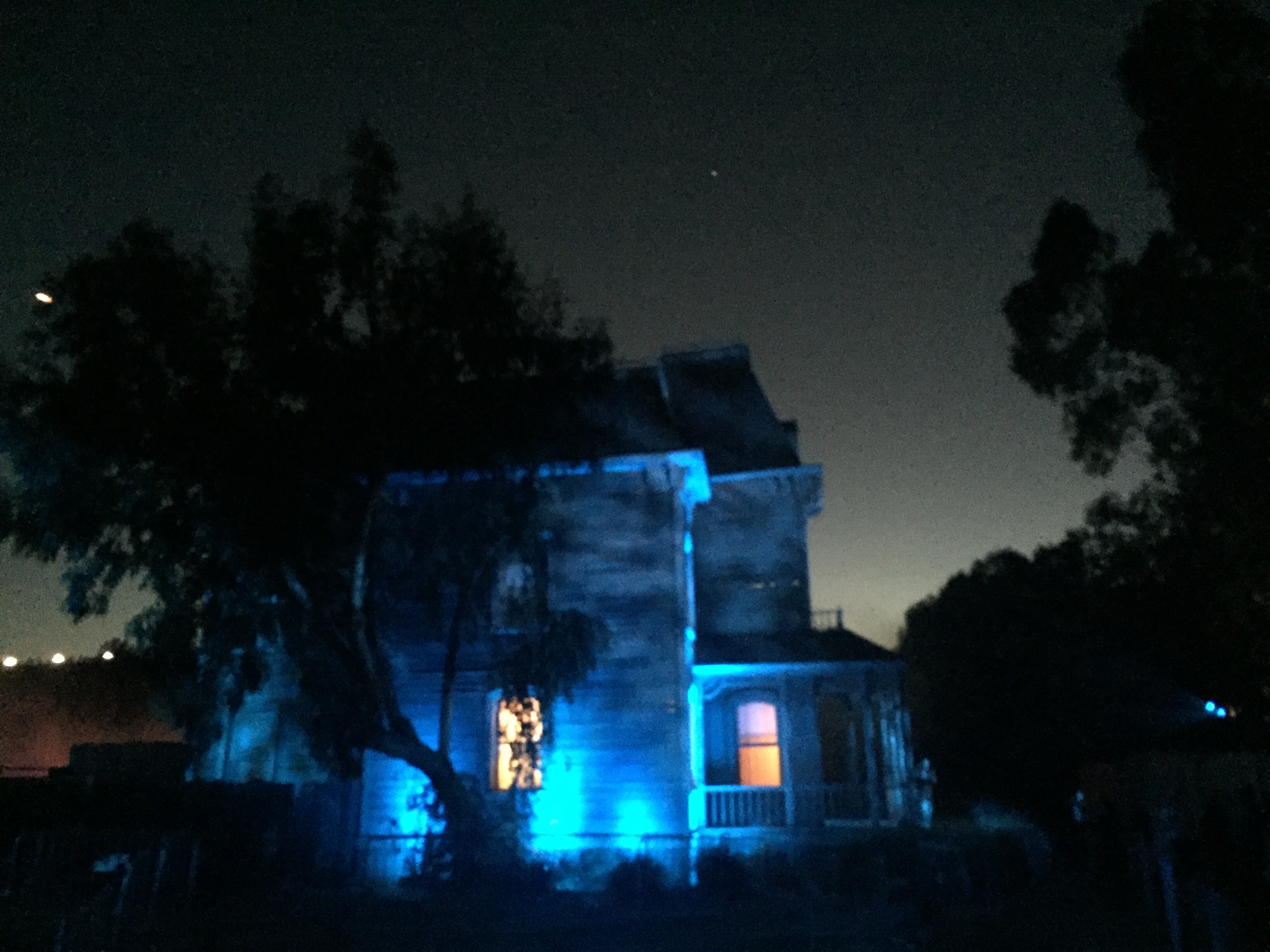 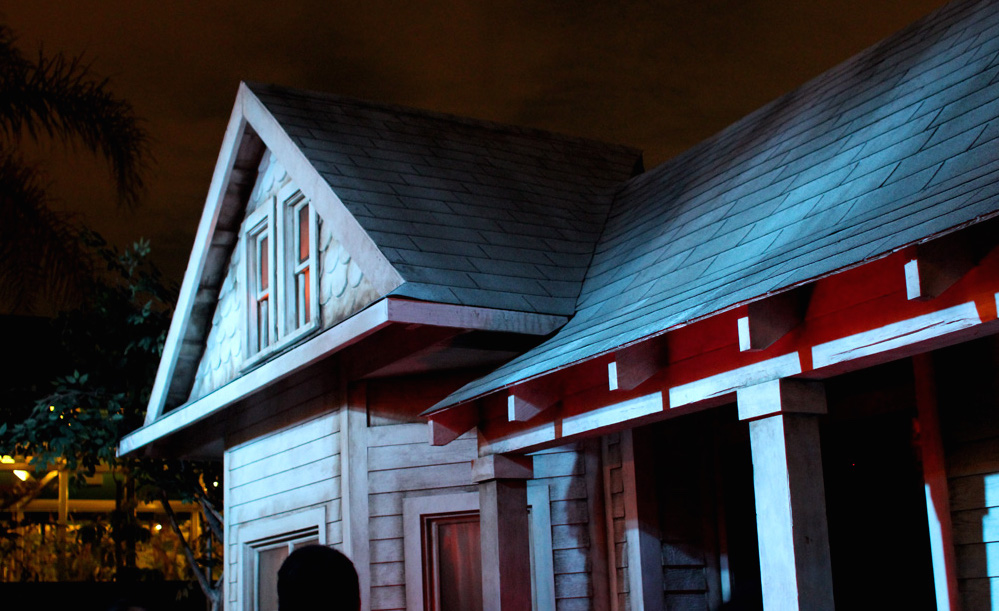 Scare Factor: 10 (I hate blood, saws, and massacres.)
The level of detail in this maze is truly amazing, and disturbing, which makes this the goriest maze in the park. The maze this year features not only Leatherface, but also his demented brother, Chop Top who guests have to escape from before they become their dinner. These two murdering cannibals enjoy bbqing a person right before your eyes, making lampshades out of humans and terrorizing you with chainsaws. I was so traumatized I ran as fast as I could to get out of here. (Hence no pictures!) This maze is best to do when you enter or leave the park since it is on the upper lot. The wait time isn’t bad for this maze, which is a nice change! 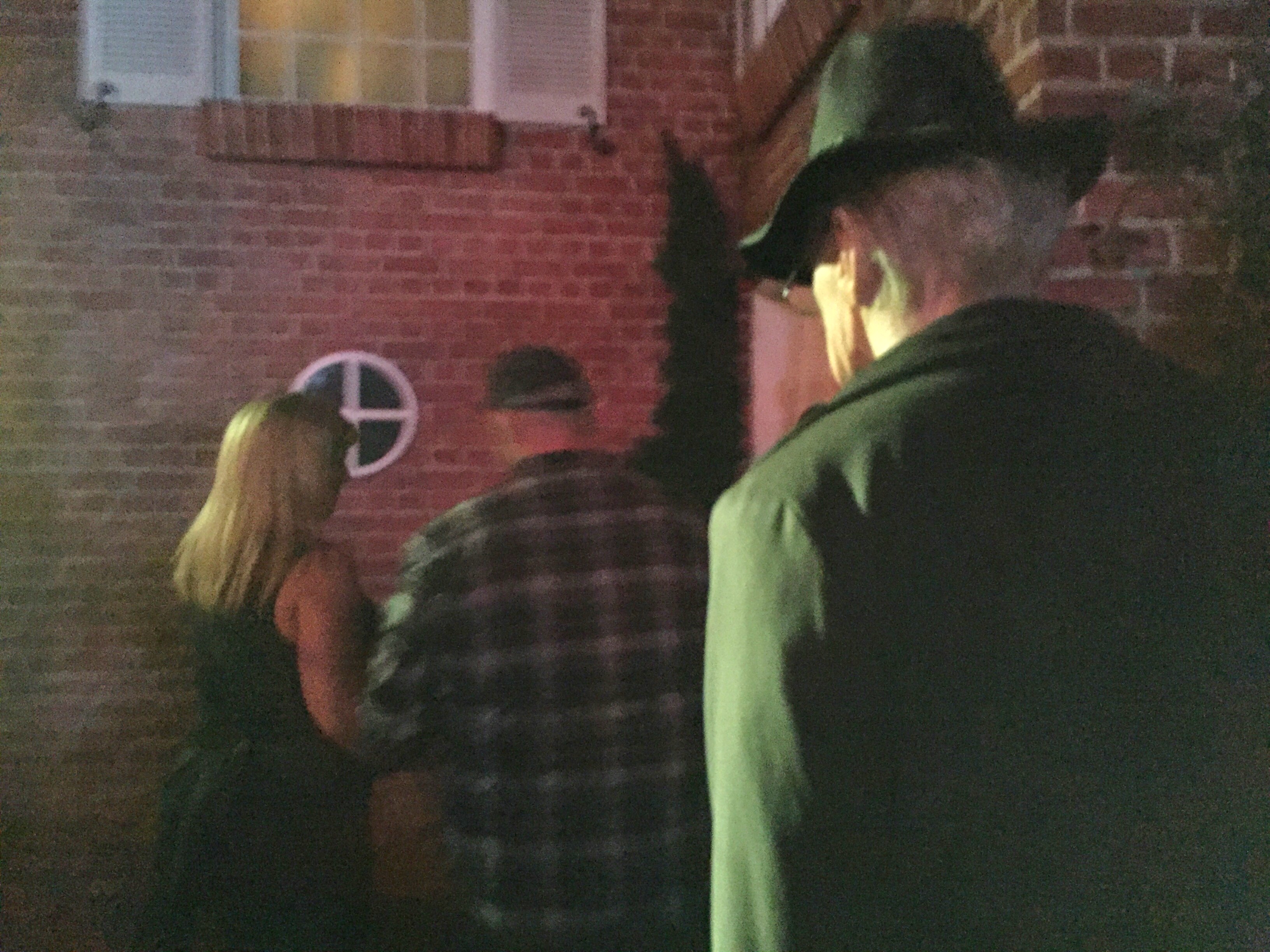 Scare Level: 9 (I am terrified of demons and creepy religious things.) 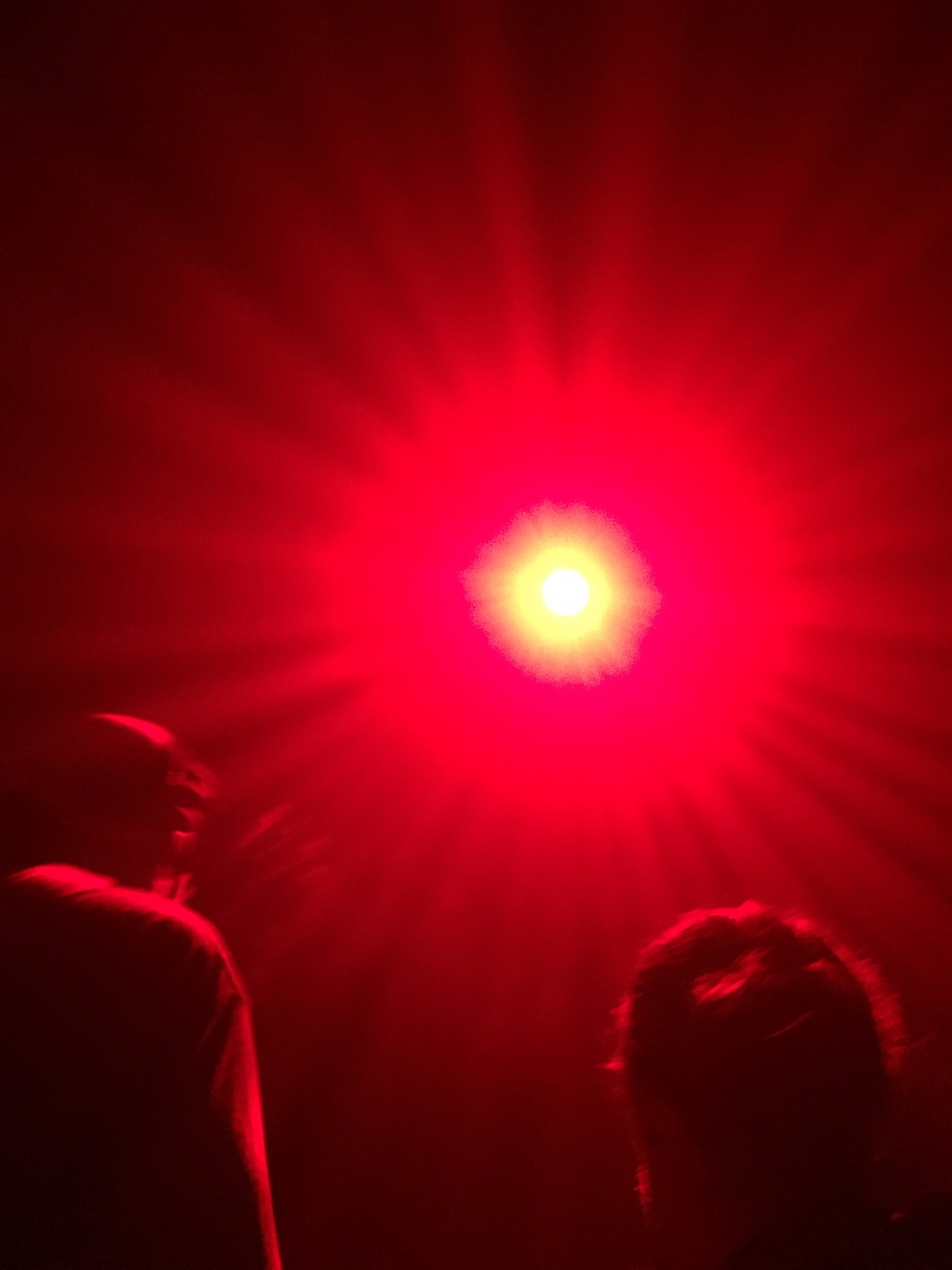 I think some people will disagree but the “Exorcist” house completely freaked me out! From the moment you walk in you see Regan walking upside down on a staircase on her hands and feet. Totally creepy. The transitions between the rooms are blackouts, which is very effective, and also terrifying! As you walk into the second room you’ll see an animatronic head of Regan spinning around. Eek! 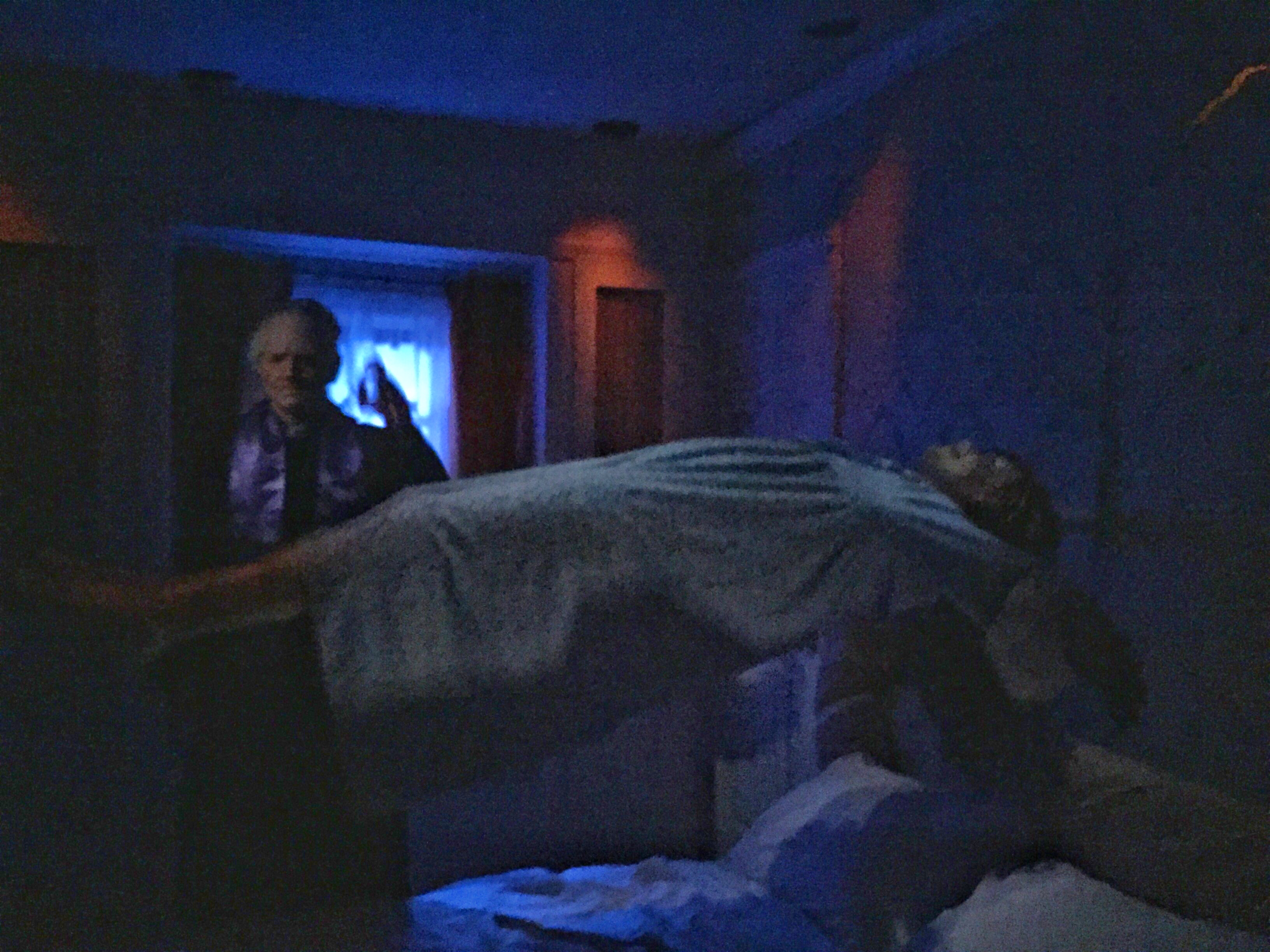 In the following room Regan levitates off the bed. It looked SO realistic. Just when I thought this house couldn’t scare me anymore we walked into the final room where a live actress was bound to a bed acting possessed. She was GOOD and I am almost ran to an emergency exit. If you are a fan of this movie you HAVE to go through this maze. It’s worth the wait but be warned it may give you nightmares. 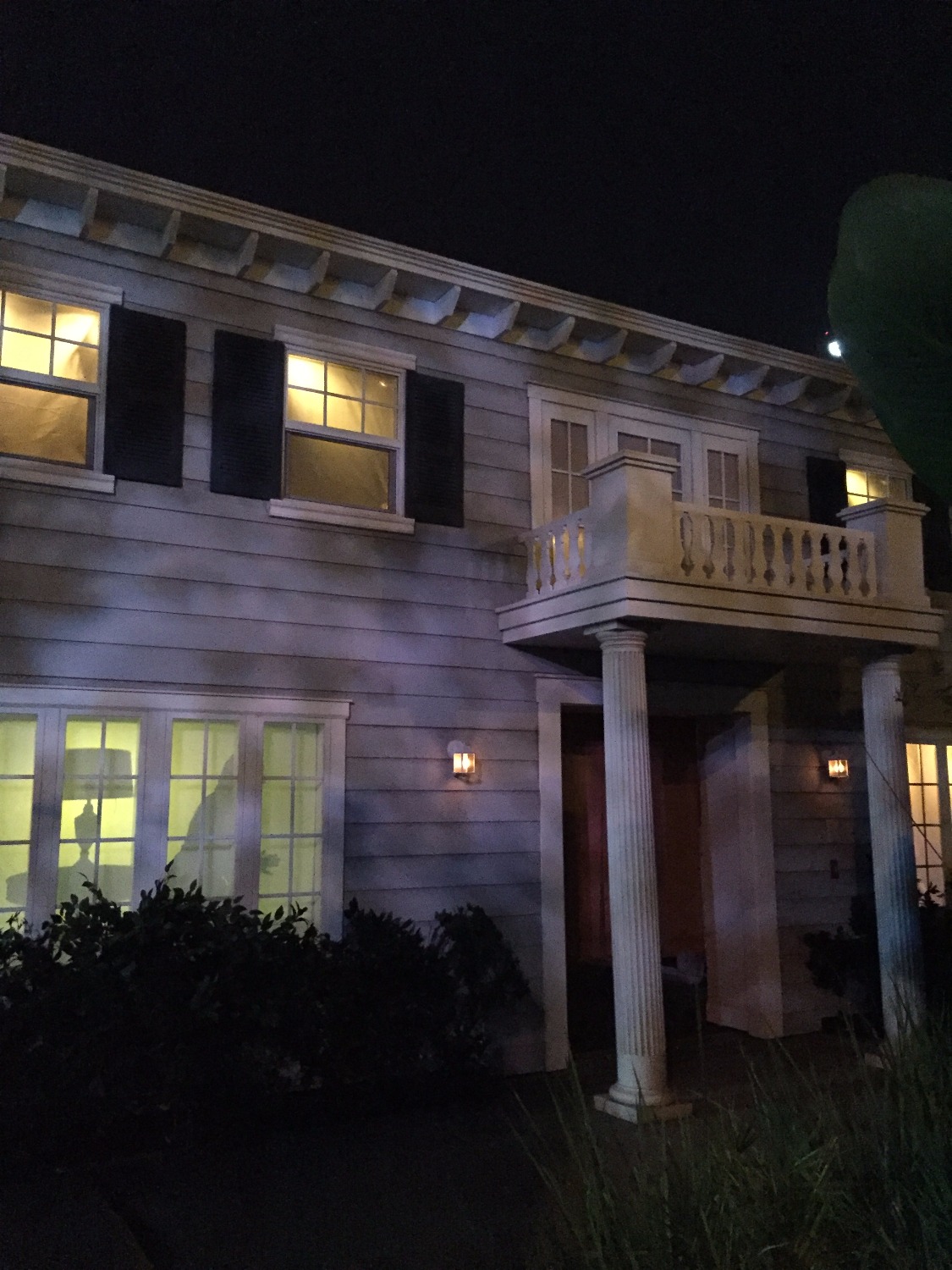 Scare Level: 9 (I have no good reason other than the fact the original Halloween house is in my neighborhood and I constantly think about Michael Myers.)
I only have one photo of this maze because I was so terrified I couldn’t take pictures. I won’t lie, “Halloween,” is my favorite horror film of ALL time. Michael Myers scares me in all the right ways! This maze gets a high scare score because of the actors. Their performances were quite good and the girl playing Jamie Lee Curtis in the hospital scene was so believable, I wanted to help her escape from Michael. If you like traditional horror films make sure to check out this maze. It is such a fun throwback! 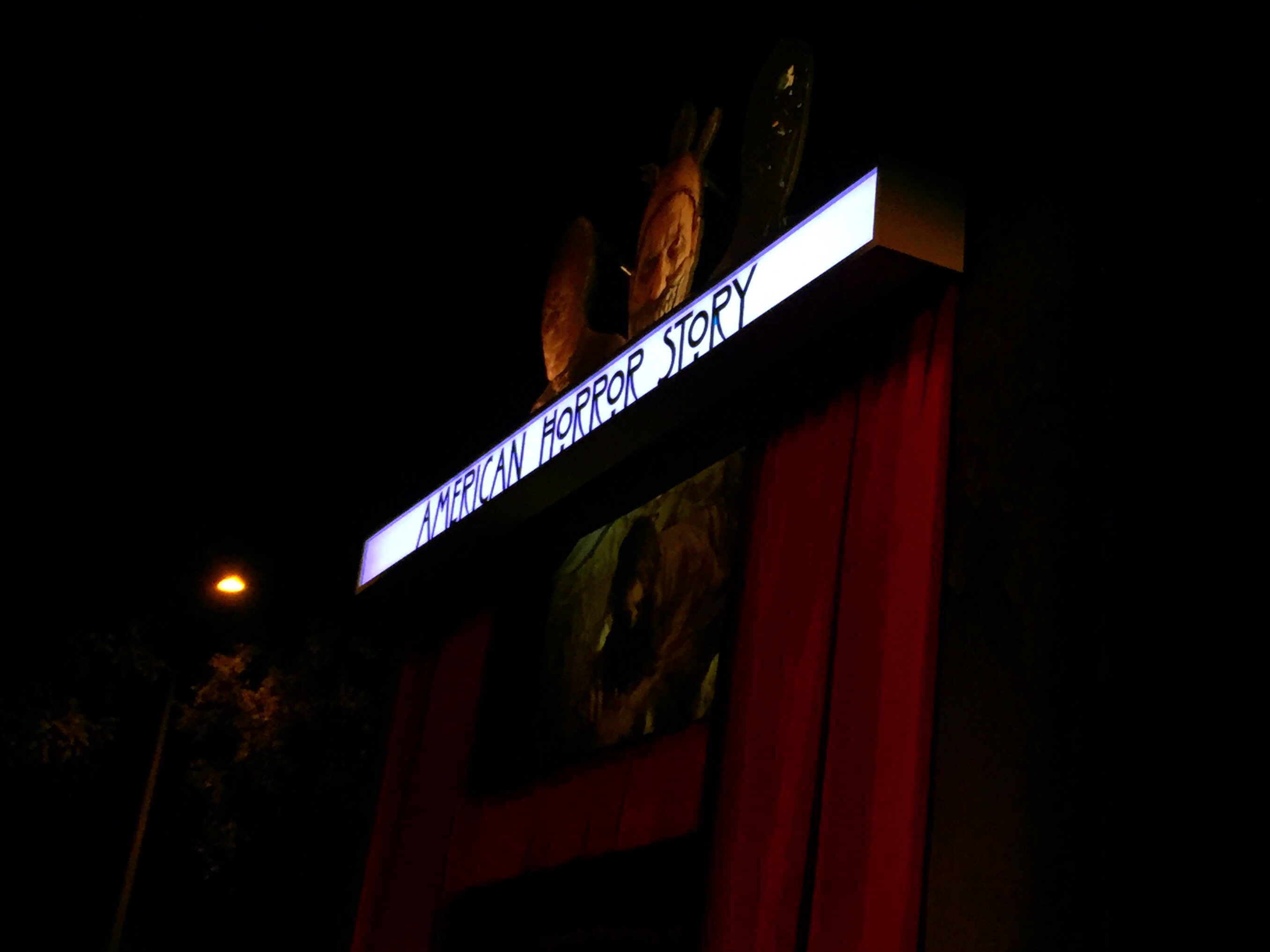 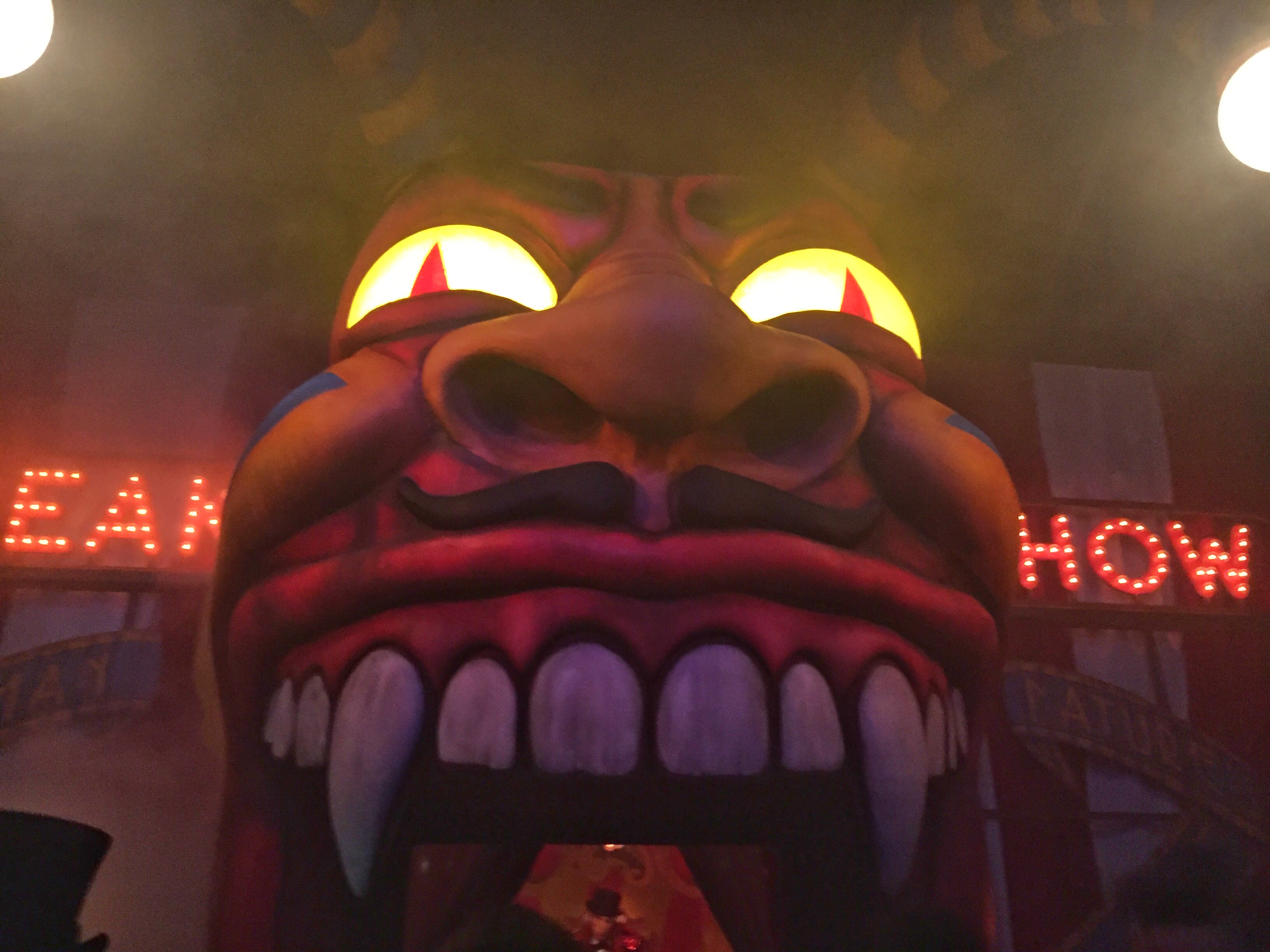 This maze kind of bummed me out. I am obsessed with the show so maybe my expectations were too high but I wasn’t really scared. For the fans out there, this maze covers seasons 1- “Murder House” , 4- “Freak Show” and 5- “Hotel”. While each area of the maze looks really cool visually it’s a bit disjointed. I was thrown off that they skipped “Asylum” and “Coven.” I was looking for traces of these two seasons so much that I wasn’t able to let go and embrace the maze. It is fun to see your favorite characters come to life but know going in this maze is more entertaining than terrorizing.
Note; This had the longest wait time in the park. Go early! 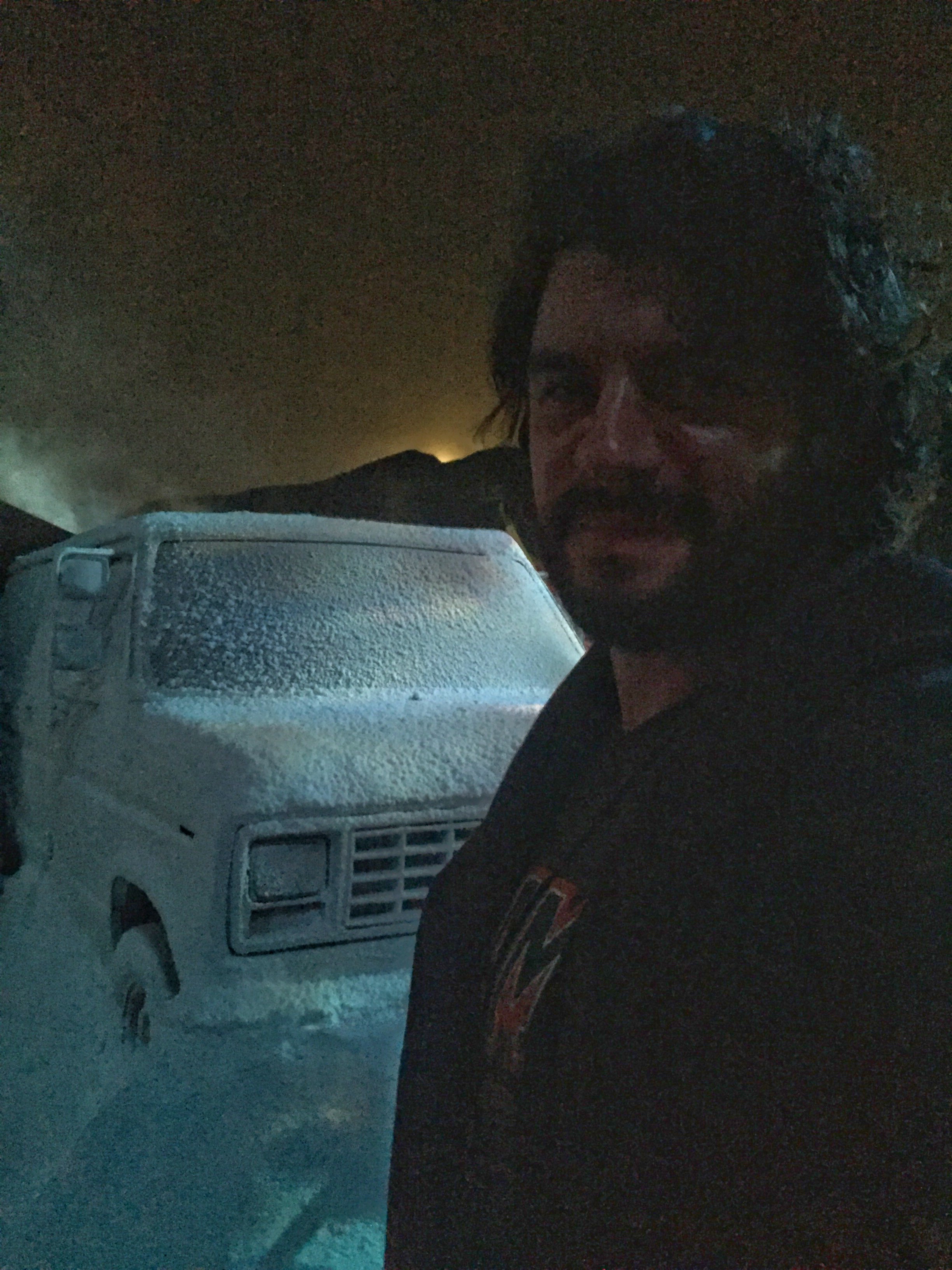 Scare Level: 7 (Screamed 2 times loudly and left wanting to eat gingerbread.)
I won’t lie I went into the Krampus maze thinking it wasn’t going to be scary at all because the movie didn’t bother me much, but this maze was awesome! The Krampus maze starts outside of a typical looking home that’s decorated for the holidays and as you enter you see snow has filled the rooms. The maze follows the movie’s progression perfectly and you feel like you are the family being terrorized by Krampus. My favorite part was the murderous gingerbread cookies in the kitchen! They even pumped in a gingerbread smell, which made me kind of hungry. I also loved seeing the child in the chimney and the kid being eaten by a jack in the box in his bed. Can you say creepy!? If you go to Universal you must check out this maze! It’s done really well. 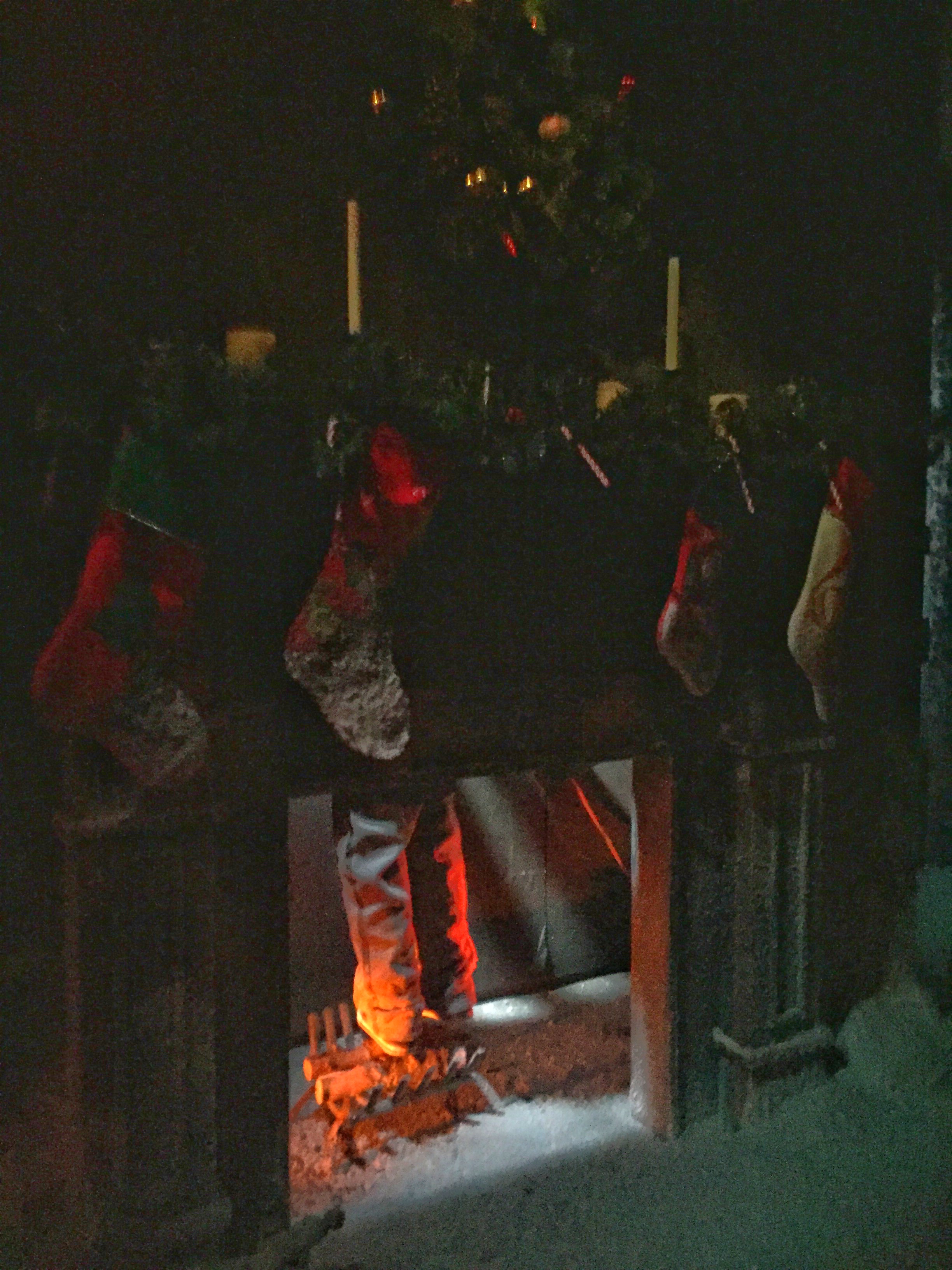 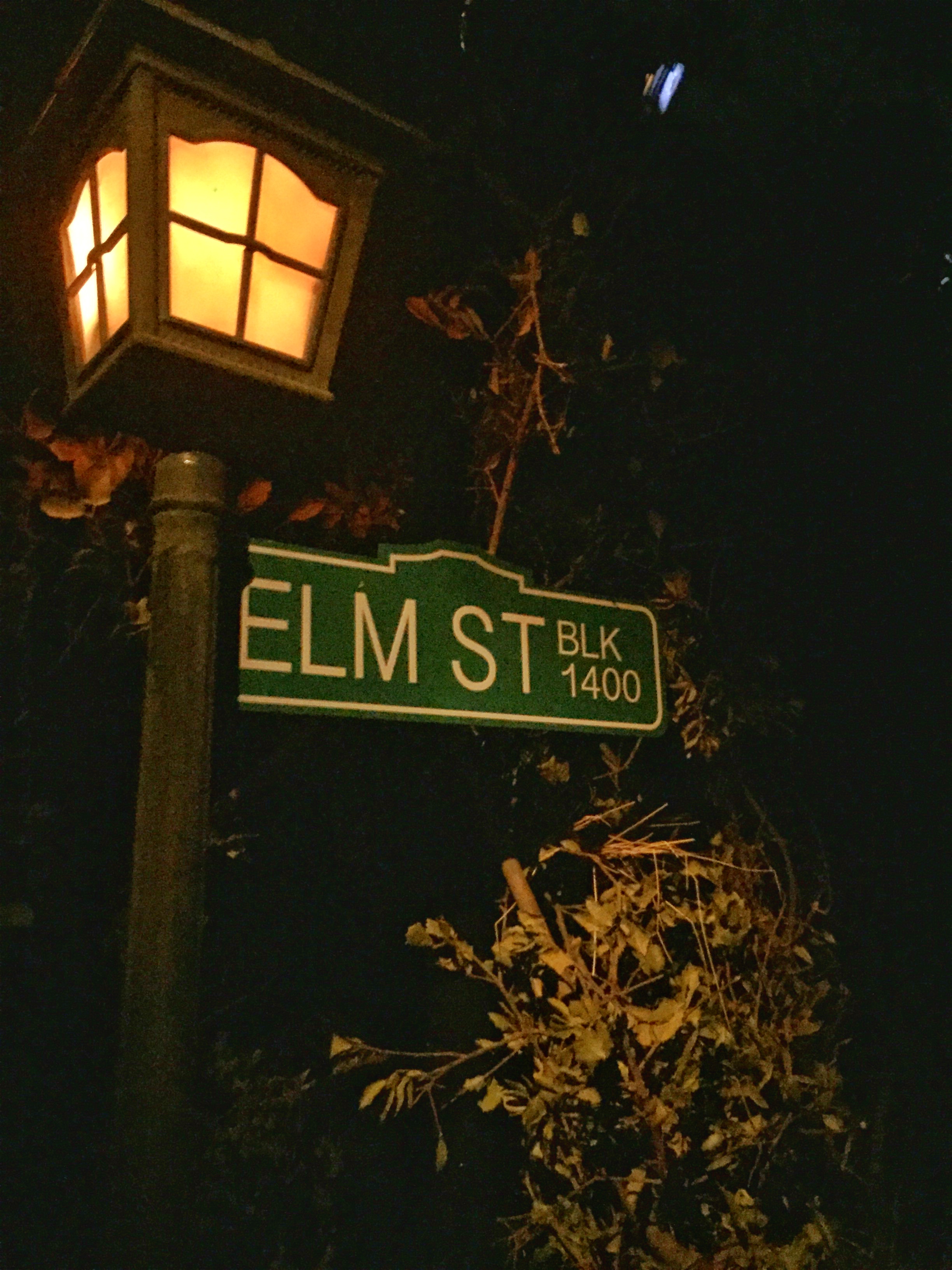 Scare Factor: 9 (I shouldn’t have watched these movies at my friend’s houses as a child. Sorry mom!) 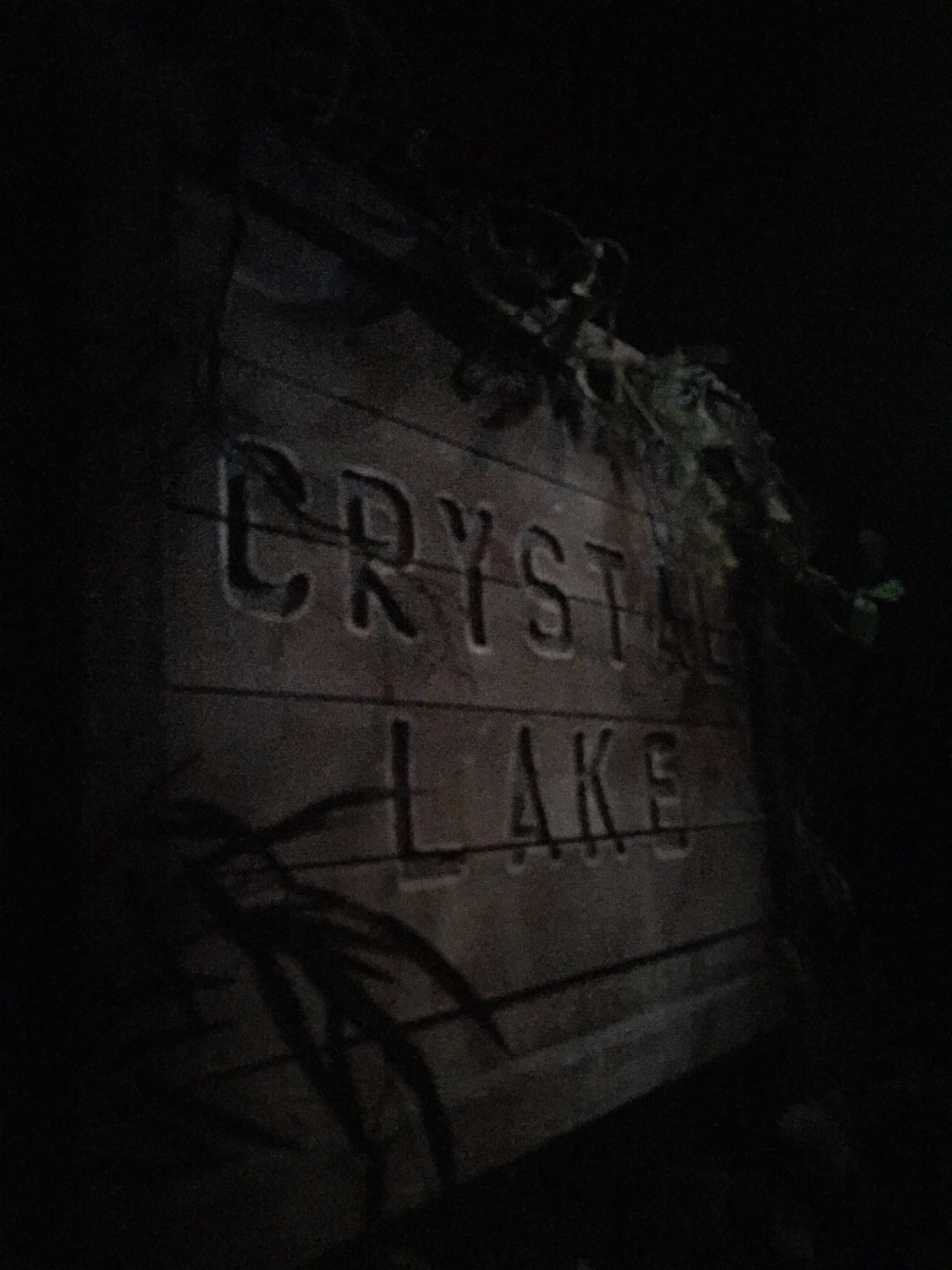 This maze scared me to DEATH.  We were at the beginning of our group and for some reason the people behind us didn’t follow us in so we went through this house basically alone. This maze is what the name sounds like, Freddy Krueger is facing off with his arch nemesis Jason Voorhees and you are going to be stuck in the middle of it all. The maze takes place in Craven Steel Mills and the moment you walk in you are greeted by dead children. Nothing frightening about that right?  As you walk through the maze you’ll visit Elm Street and Camp Crystal Lake while being hunted by the 80’s most notorious killers. It’s fun and freaky at the same time! This maze also had a long wait time so make sure to go early! 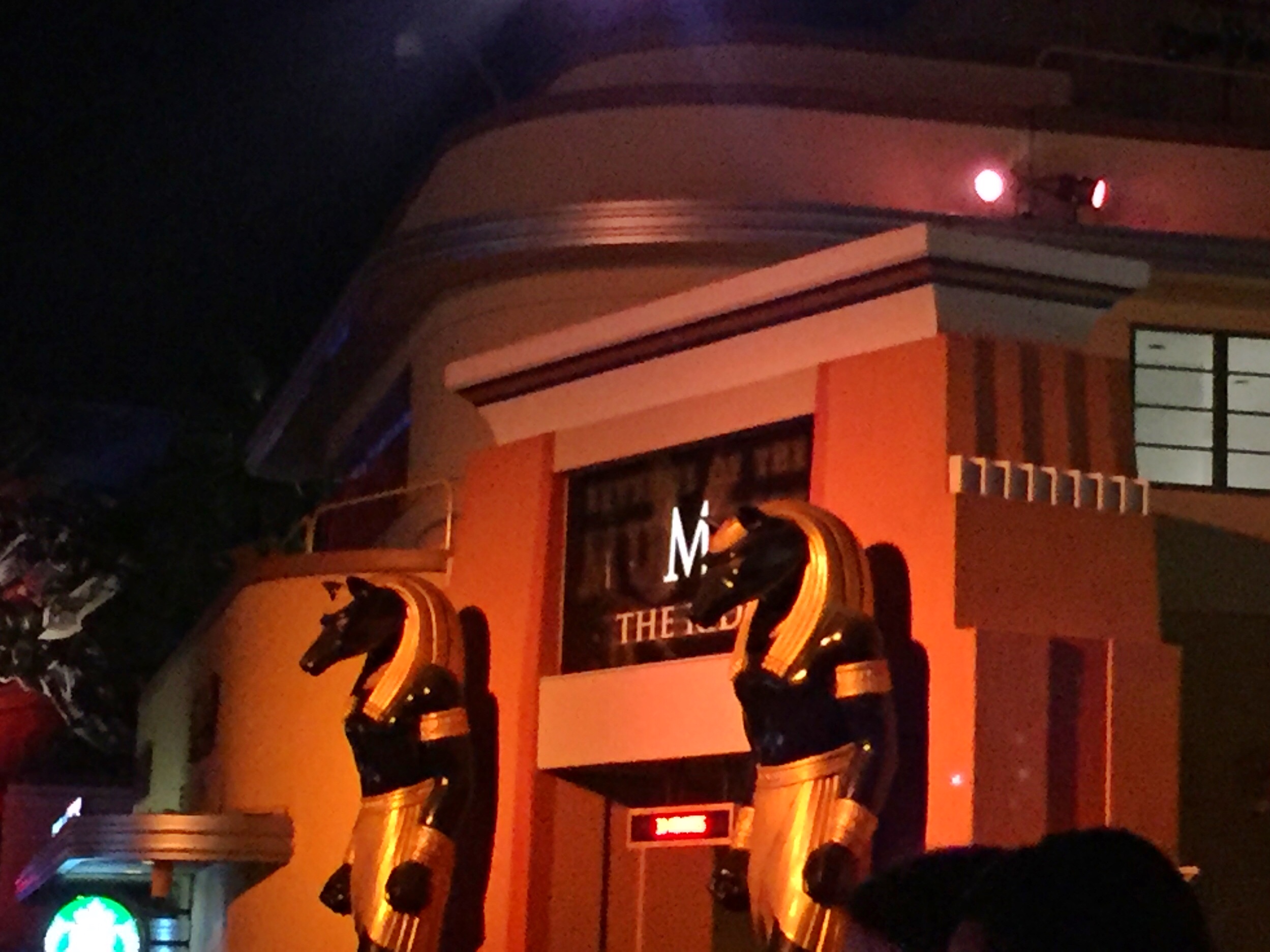 Since this post is about the horror nights attractions, I won’t talk much about the rides much but I did want to mention most of them are open. If you like roller coasters stop by “The Mummy,” if you want to cool off  try out “Jurassic Park After Dark,” and if you want a comedic ride hit up, “The Simpsons.” “Transformers” is also open if you are a fan of the franchise. 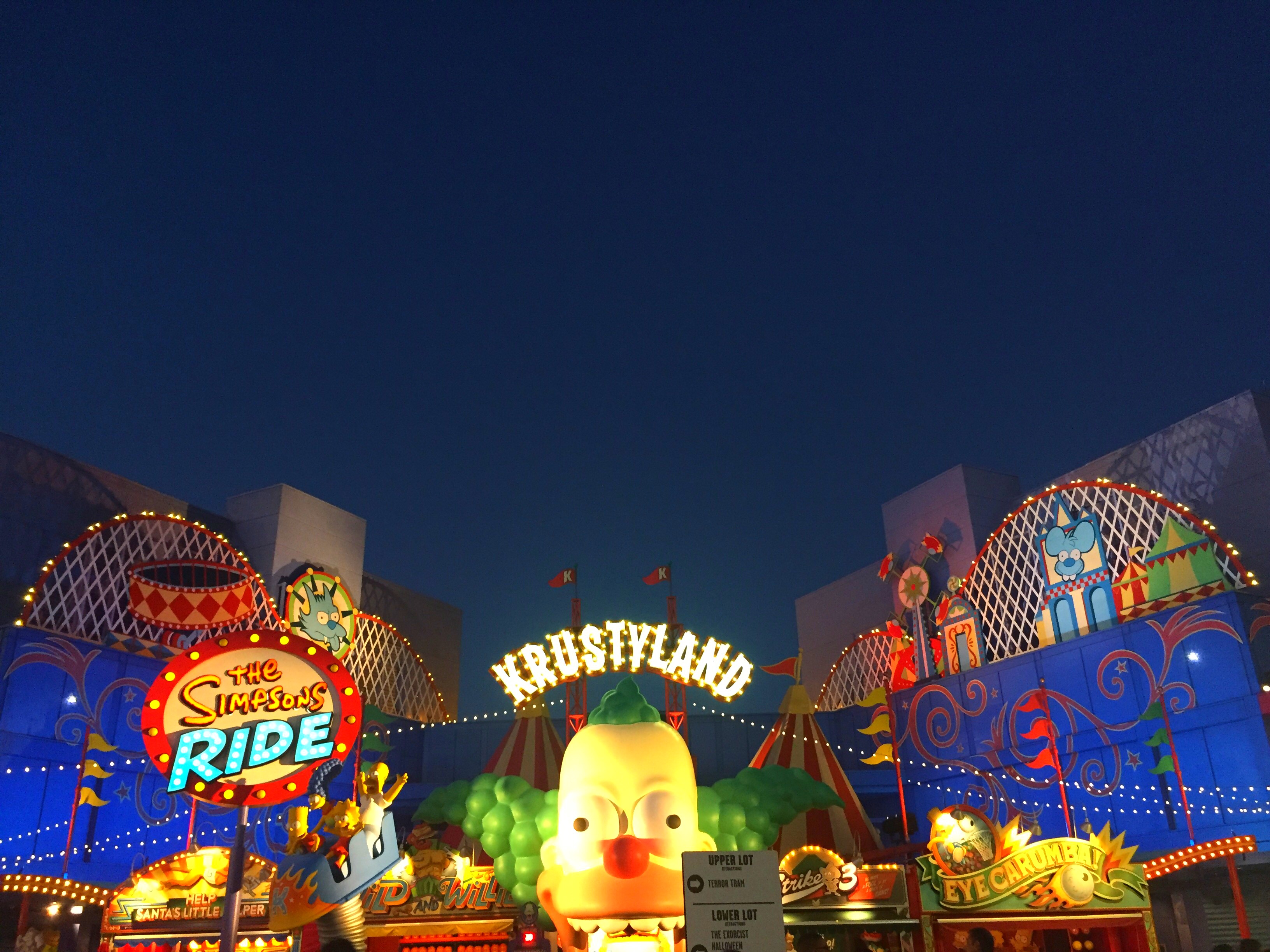 The biggest bummer of the night is “Harry Potter” is closed!!!! We were so bummed when we found out! I hope next year they consider opening that part of the park so it is a bit less crowded. 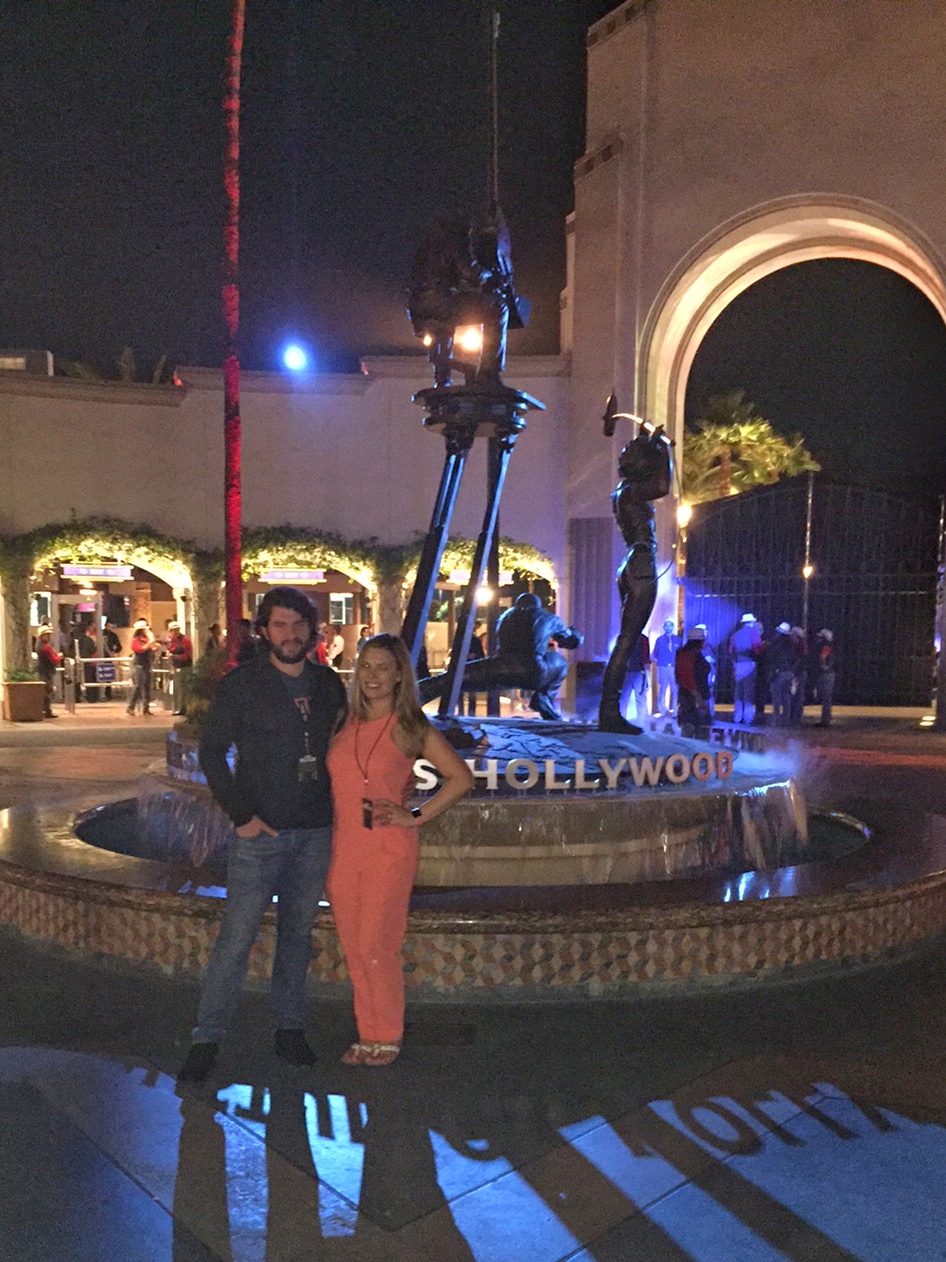 You better Belize it's Beautiful!

Have a "Sideways Moment" in California's Central Coast!

Have a "Sideways Moment" in California’s Central Coast!

Take a Chance on Sea Ranch!