The Bowing Deer of Nara, Japan! 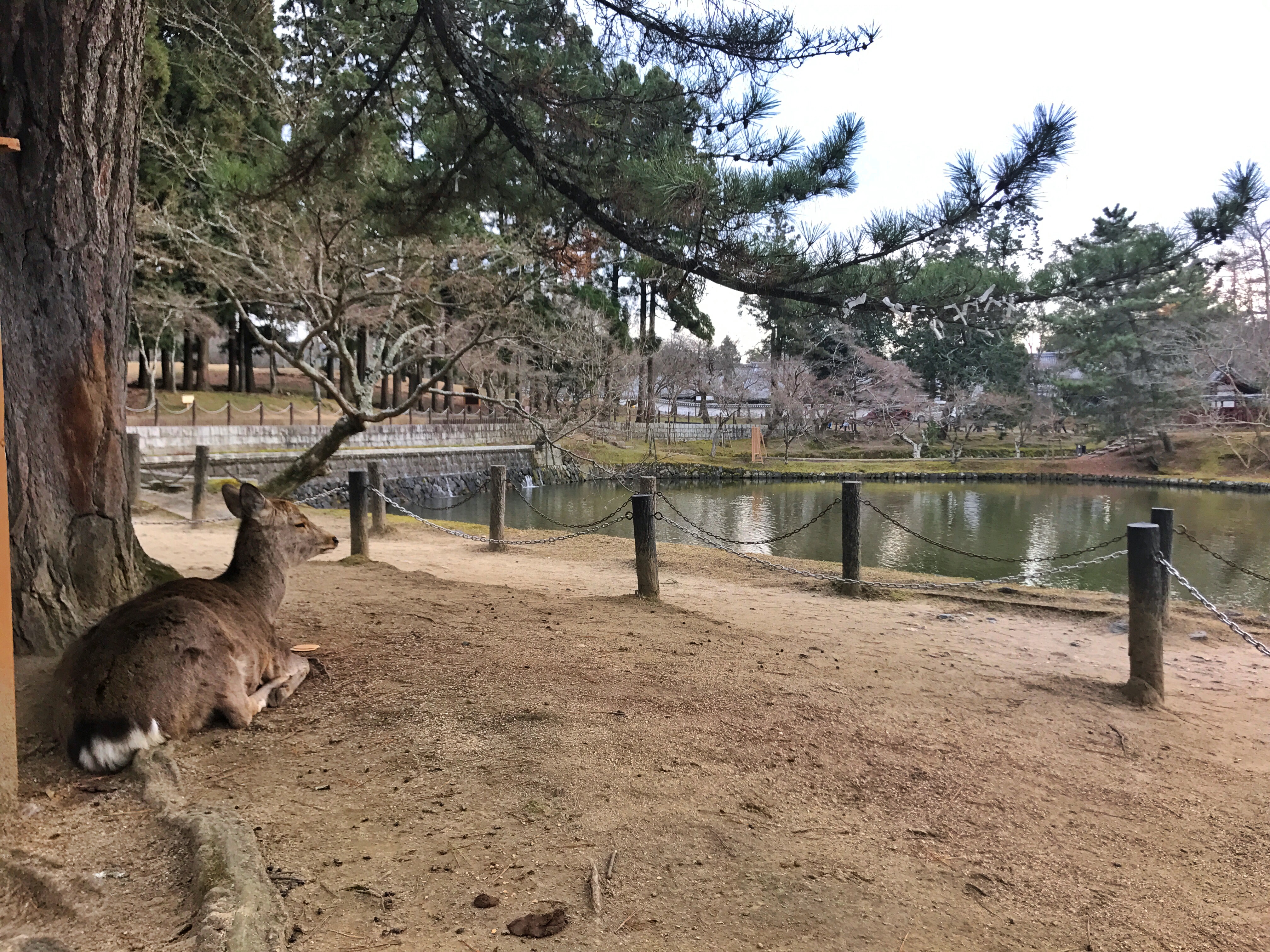 A few years ago I saw a story about a town in Japan where deer seemed to follow traffic regulations. They walked along the roads with the cars and stopped at every red light. I remember thinking; “I have to visit that town one day!” Luckily for me, we are in Japan this week and the JR Pass makes it extremely easy to get around. 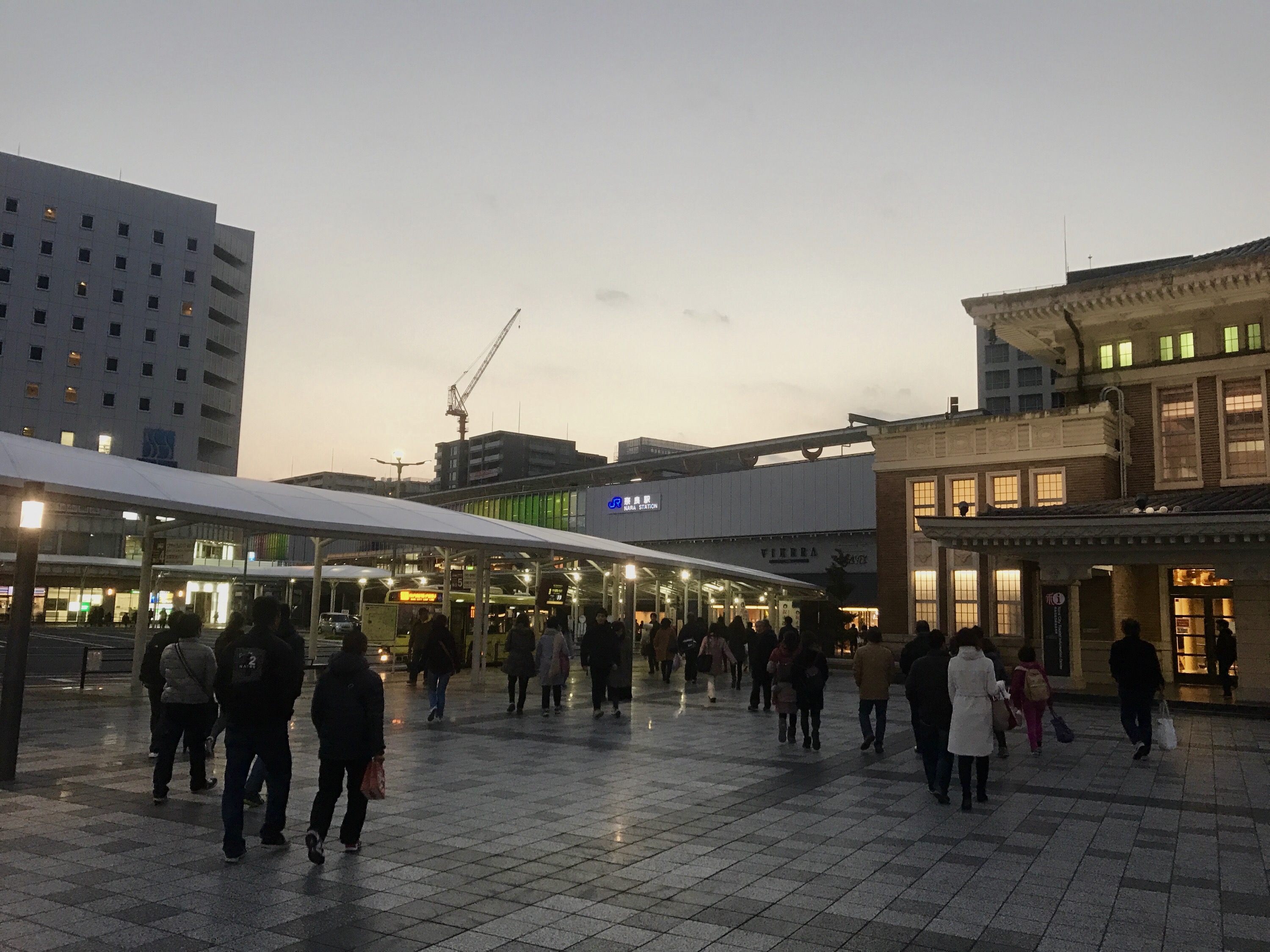 Yesterday, we went to Nara to meet these famous deer in person and the article didn’t lie- the deer are everywhere and live peacefully with humans. We even saw one try to get into a restaurant! Today’s post is all about Nara and what to expect if you get the opportunity to go! 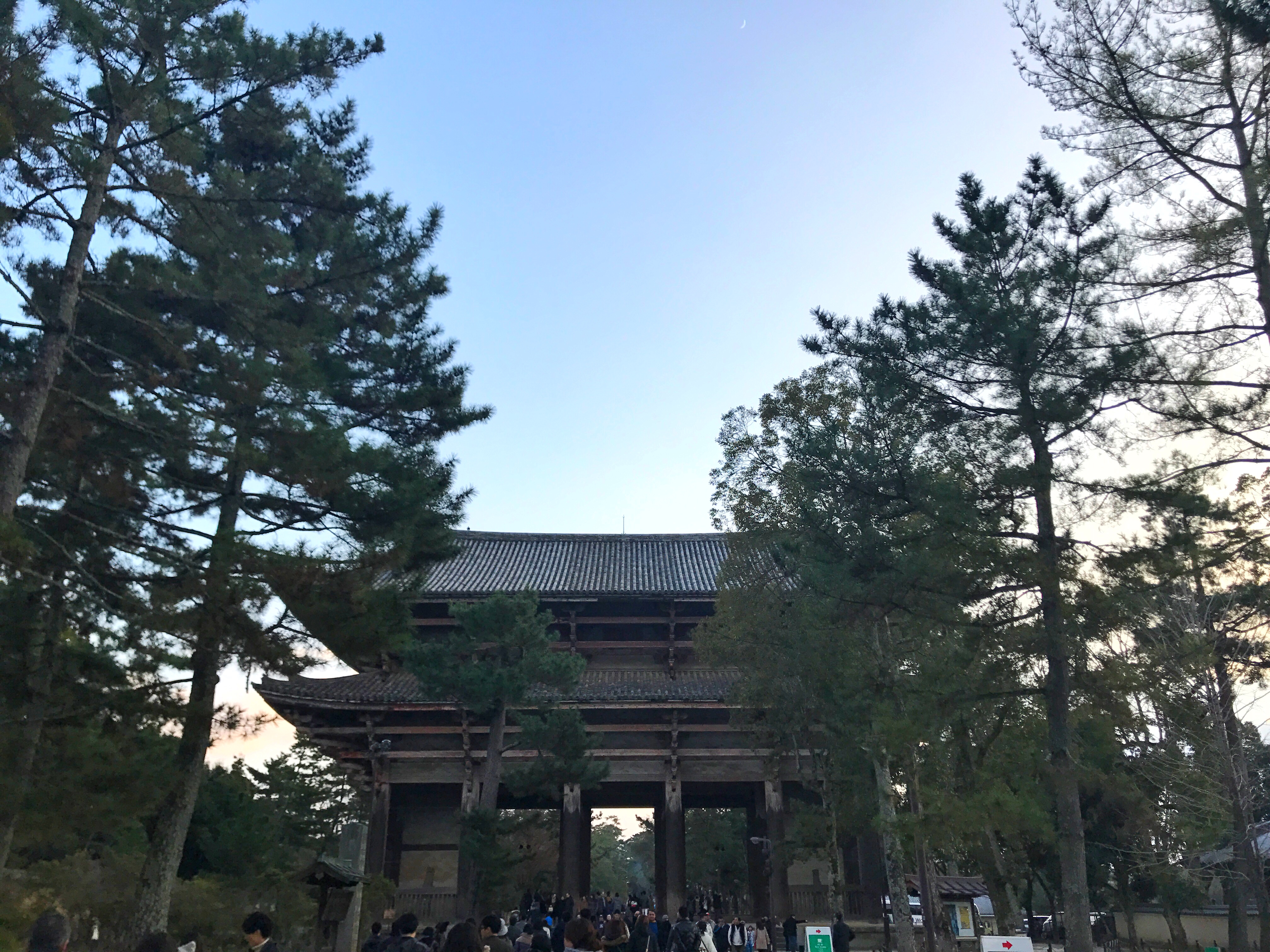 Where is Nara Park? 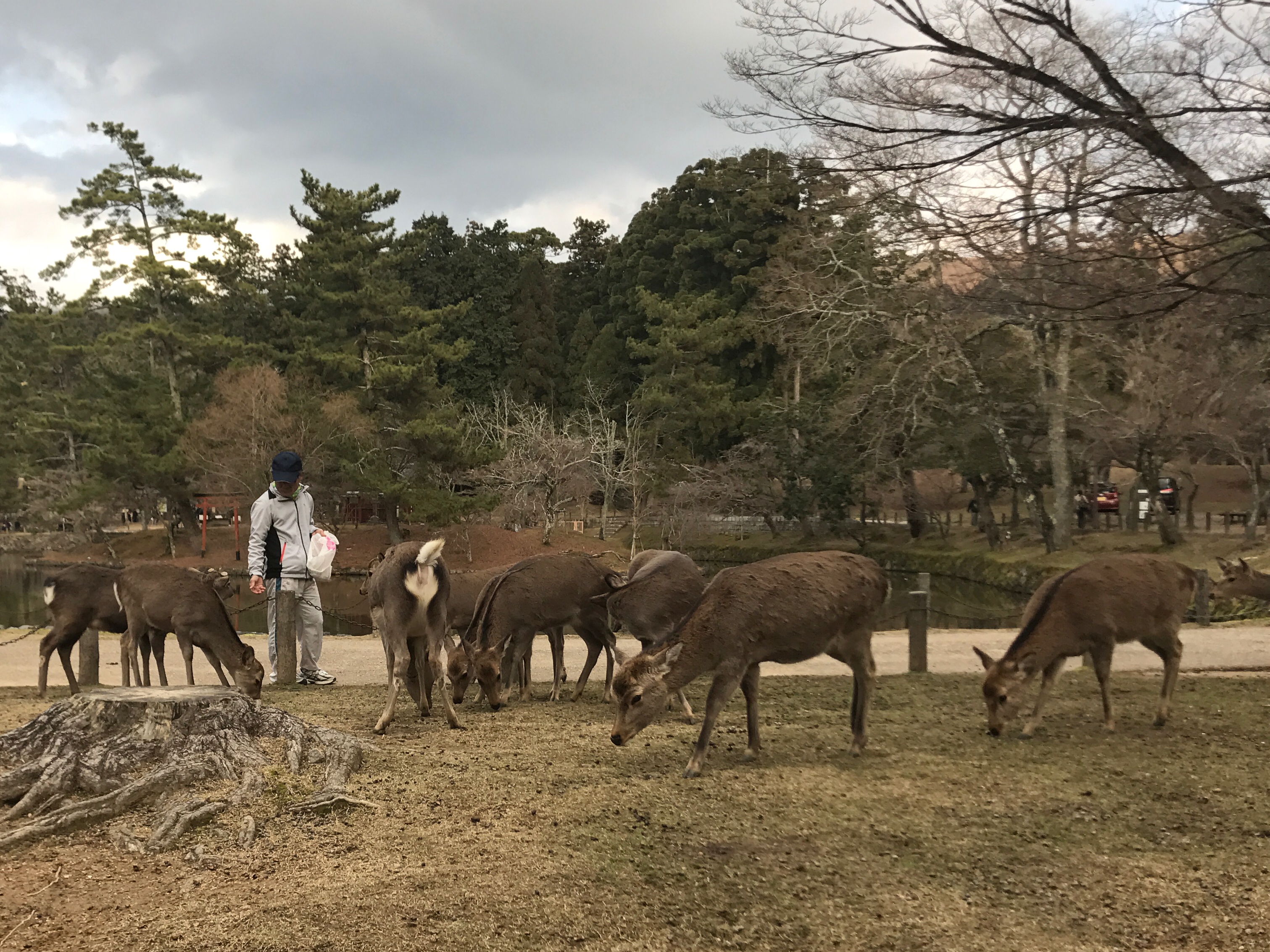 Nara Park was established in 1880 and is located in Nara, Japan, which was Japan’s first permanent capital from 710-784. Nara is located about an hour from Osaka and Kyoto and easily reached via train. If you have a Japan Rail Pass the walk from Nara Station to Nara Park is about 30 minutes. If you do not want to walk you may take a taxi. The ride is only about 10 minutes long. 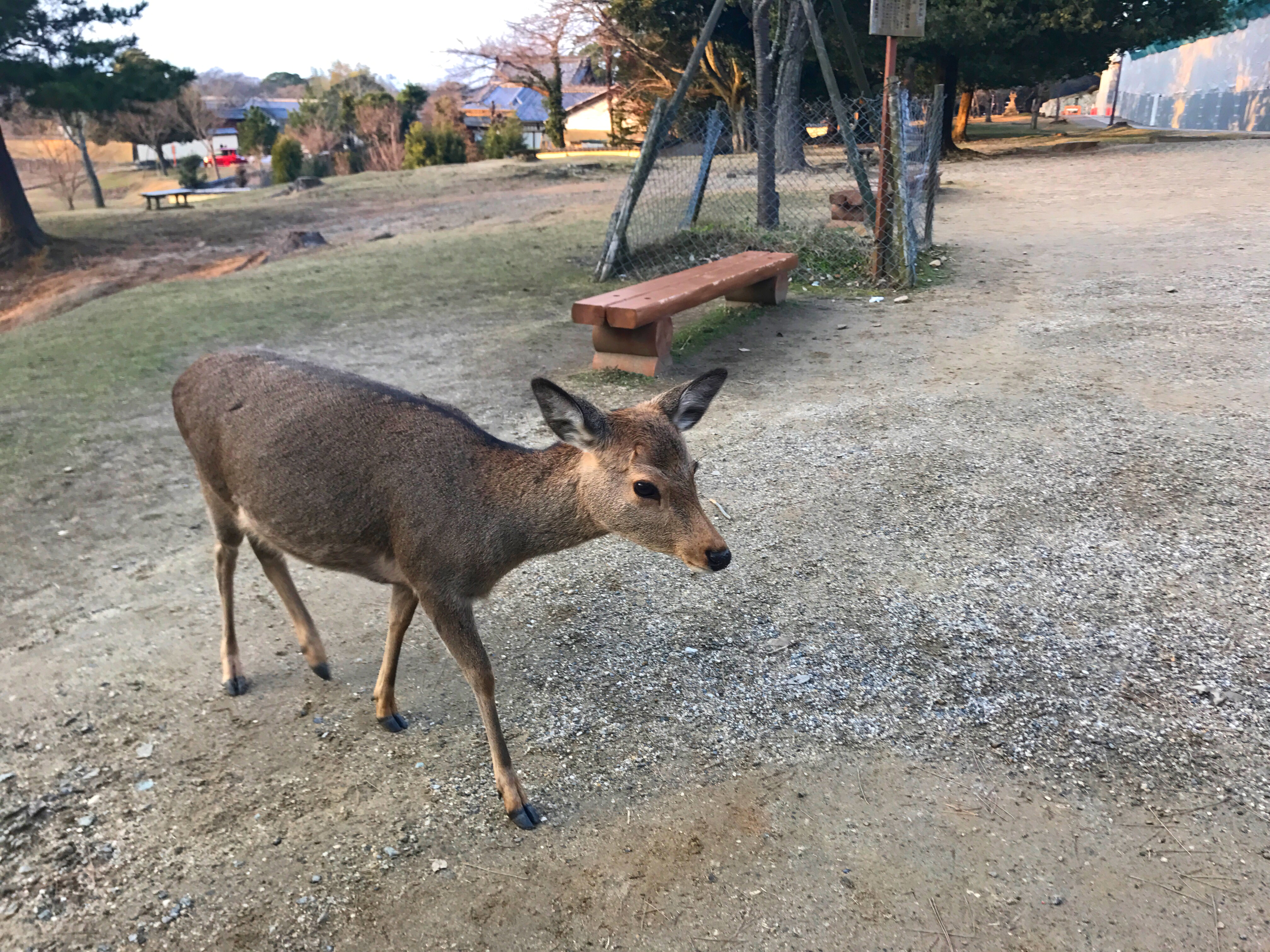 How cute are they? 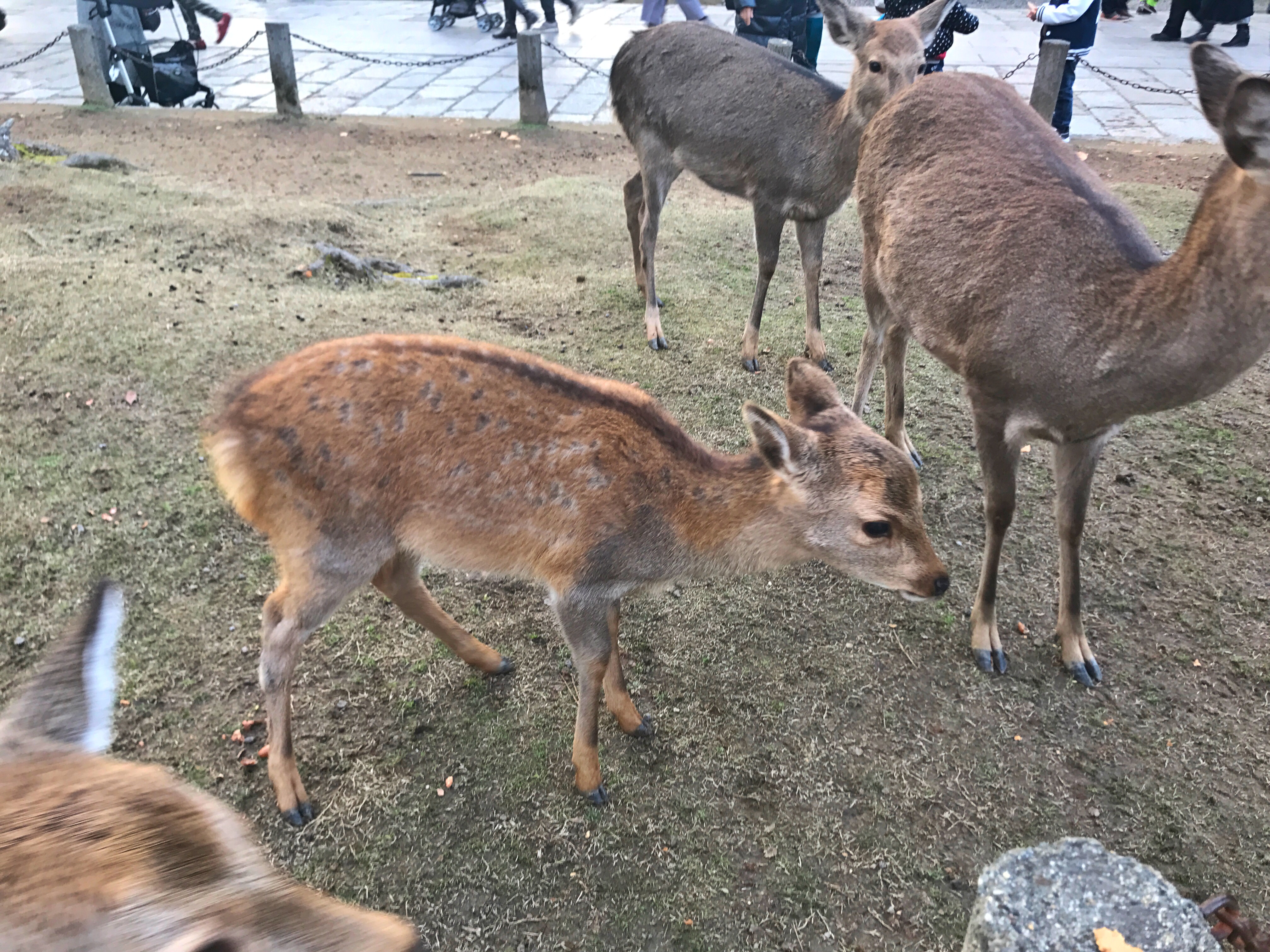 Why are there so many deer here? 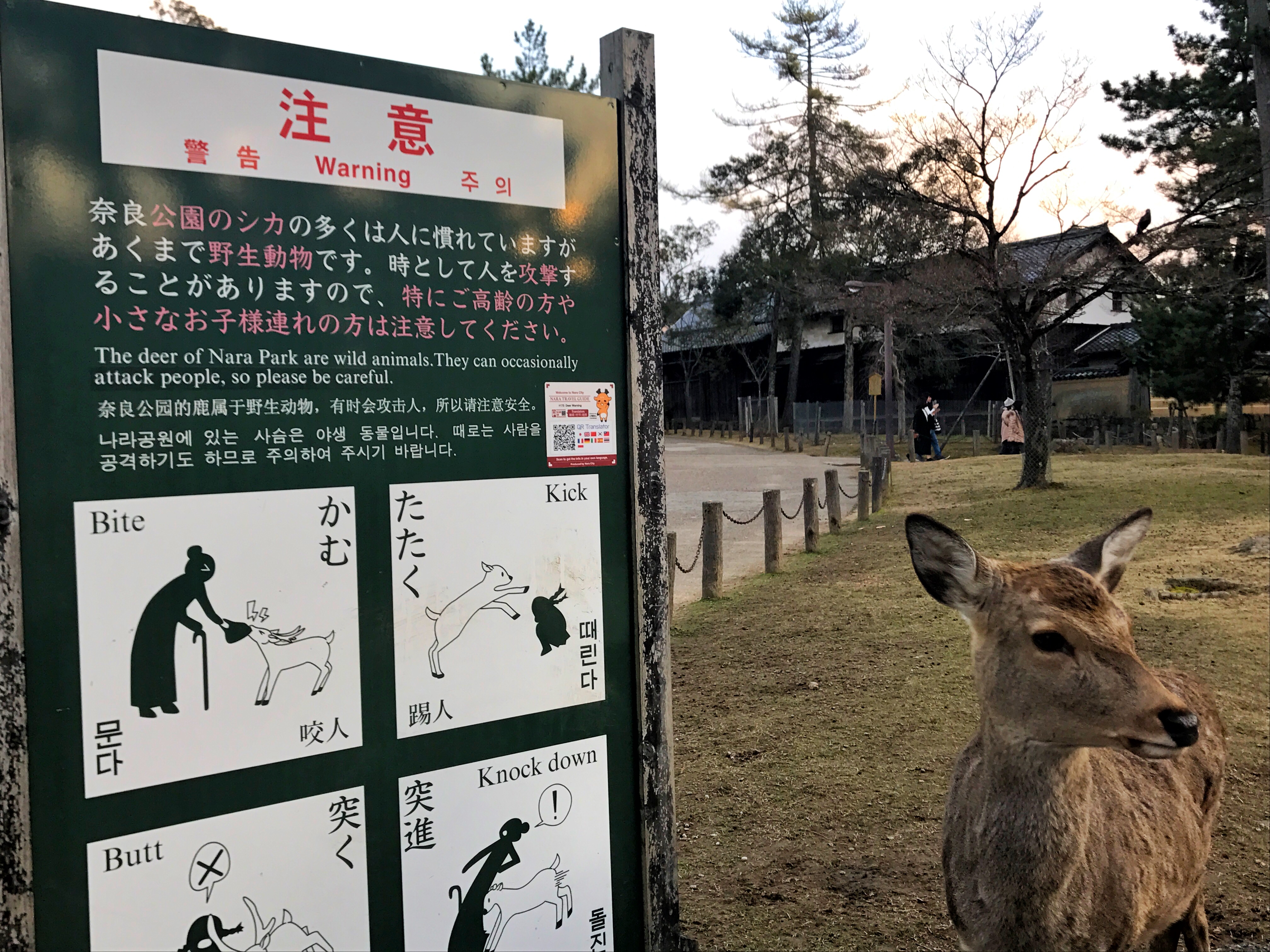 Deer in Nara used to be considered sacred due to folklore that says Takemikazuchi-no-mikoto, one of the four Gods of the Kasuga Shrine, appeared on Mt. Mikasa riding a white deer. Because of this folklore, deer were thought to be messengers of the Gods. Now there are over 1200 deer in Nara, which totally makes sense to me. Think about it, the deer get to live in a beautiful place where they can’t be hunted and are fed and pet by humans all day. I would stay too!! Up until 1637, killing a deer in Nara was a capital offense punishable by death. After World War II, deer were no longer considered divine, but were designated national treasures so they are protected.  Recently the deer population has grown so large that it is causing the destruction of the Kasugayama Forest Reserve. Officials in Nara are working on slowing the population. 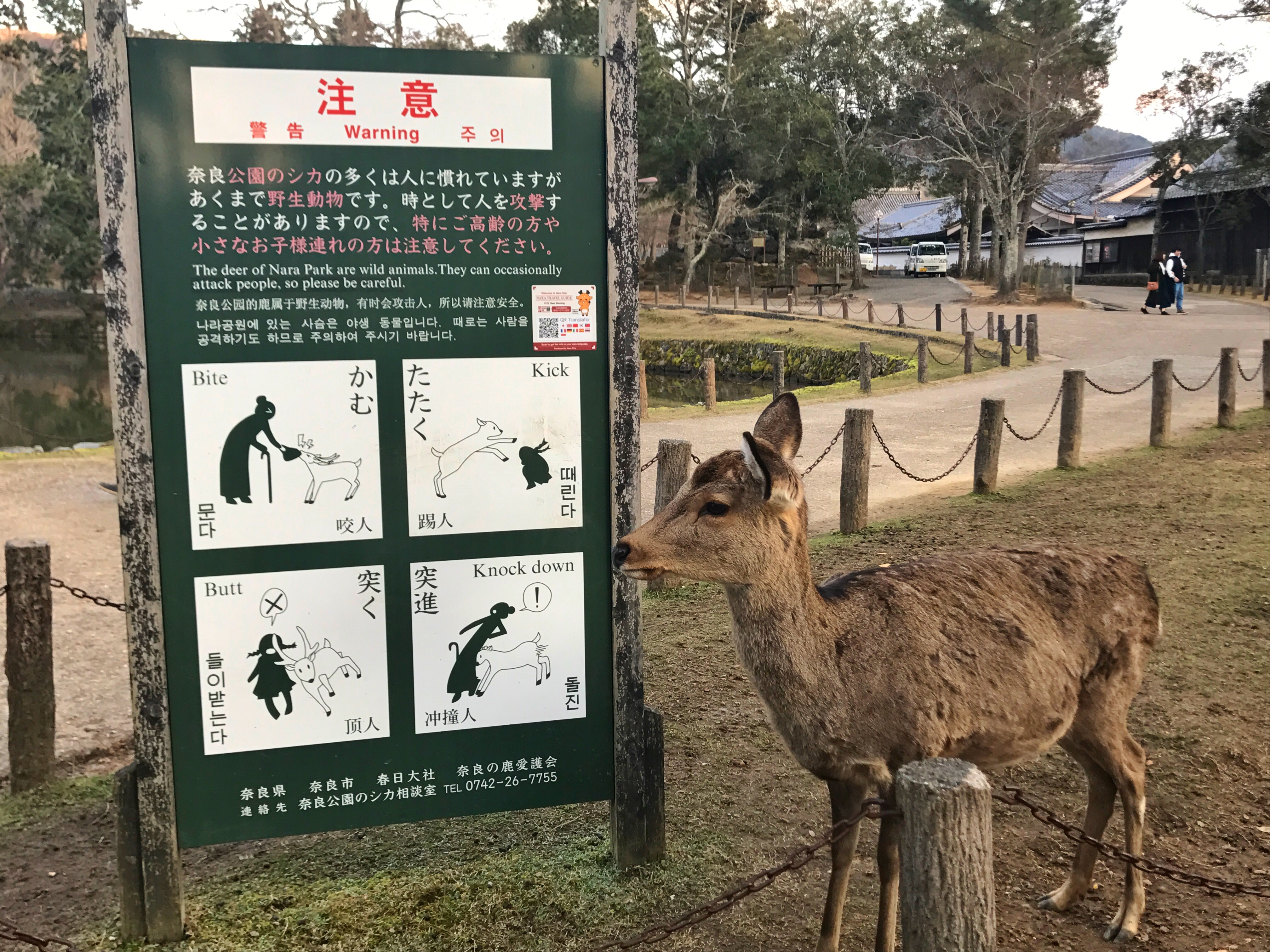 Are the deer friendly?

Deer are still wild animals but the ones in Nara Park are very tame and from what we saw friendly.  The deer are so used to humans that they will walk with you, let you pet them and even nudge you for food. Sometimes the deer will grab paper from you, or nip at your clothes, in an attempt to get food but it didn’t frighten us. I would recommend keeping all of your items tucked in your coats or pockets though!  I also wouldn’t attempt to eat your food around them! Overall, even though the deer are sweet there are signs warning you that they can be aggressive, so use caution around them, treat them with respect and watch small children in the park.
Why do they bow?
The truth is no one really seems to know how the deer learned to bow in Nara. The locals said no one taught them this trick. It is thought that they watched humans bow and realized doing the same would get them treats. Now, the deer bow for deer cookies. Even the deer in Japan are polite!

What is the best way to feed them?

First of all, when feeding the deer, make sure you only feed them deer cookies, or fresh acorns if you are lucky enough to find them on the ground. Don’t feed them people food because it can make them sick! The deer cookies can be purchased in the park for 150JPY/ten cookies. 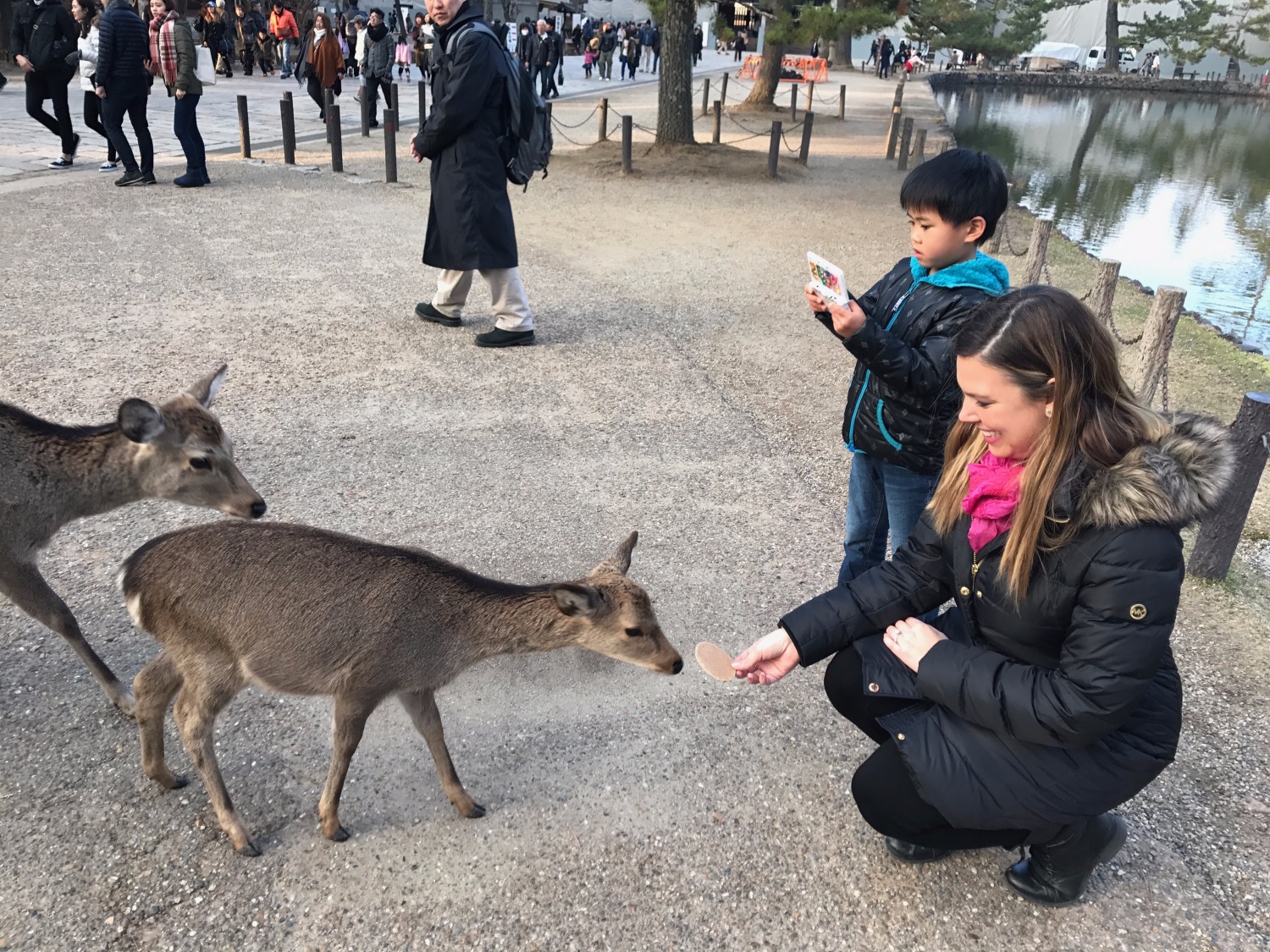 Feeding the deer in Nara Park

After you have your deer cookies approach the deer slowly and hold the cookie up to show the deer and usually they will bow. A local man told me it’s best to have the deer bow three times for the cookie. He recommended holding it up high once, then placing the cookie behind your back, and finally handing the cookie forward towards the deer.Pretty much every deer bowed when I did this except for the baby ones. They are still learning. Overall, the deer very politely ate the cookie from my hand. I even got licked a few times!

What else should I see while in Nara Park? 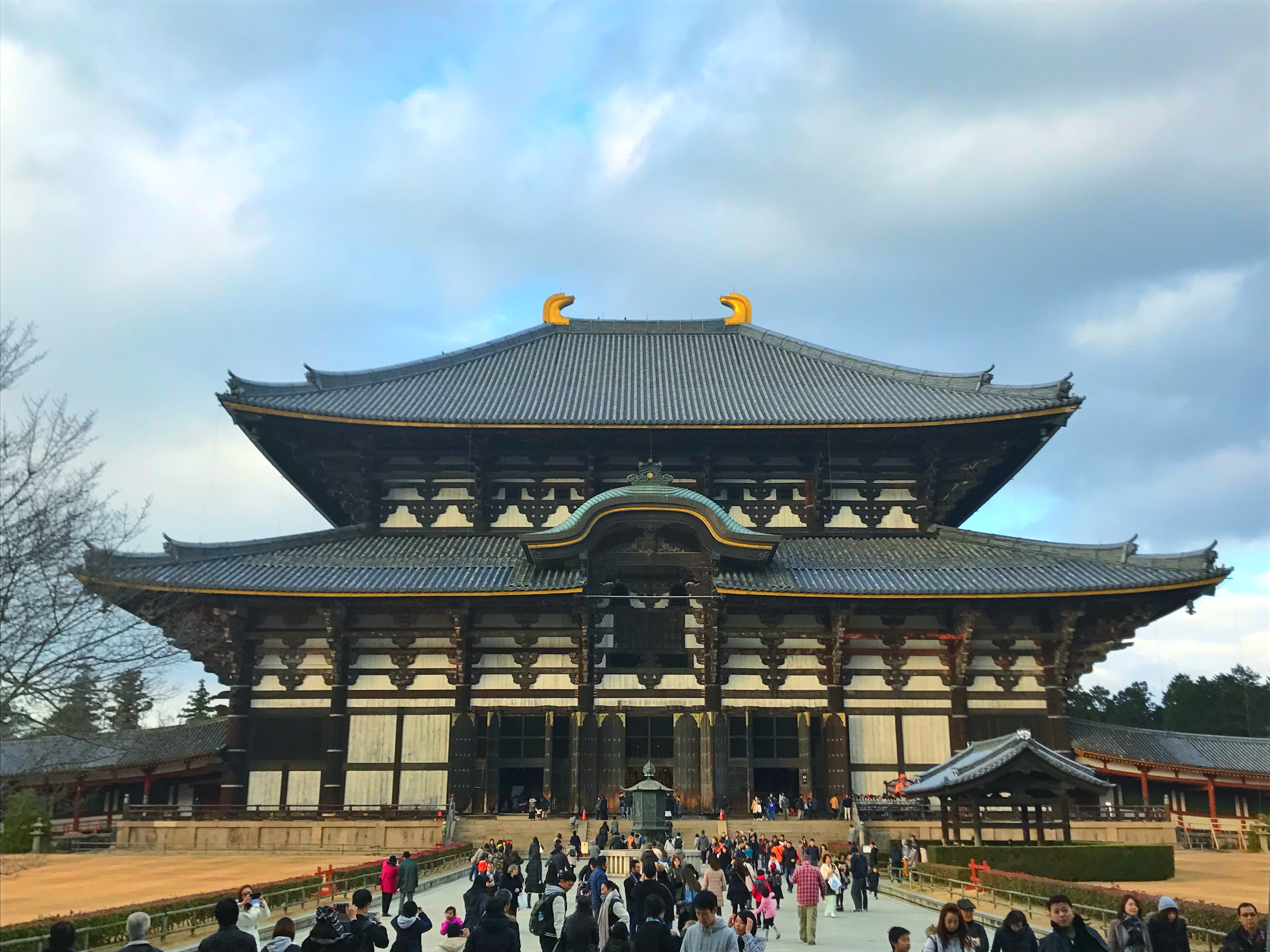 Well the truth is, there is a lot to see in Nara Park! Nara Park is home to the Todai-ji, Kasuga Taisha, Kofukuji and the Nara National Museum, which are all worth visiting. 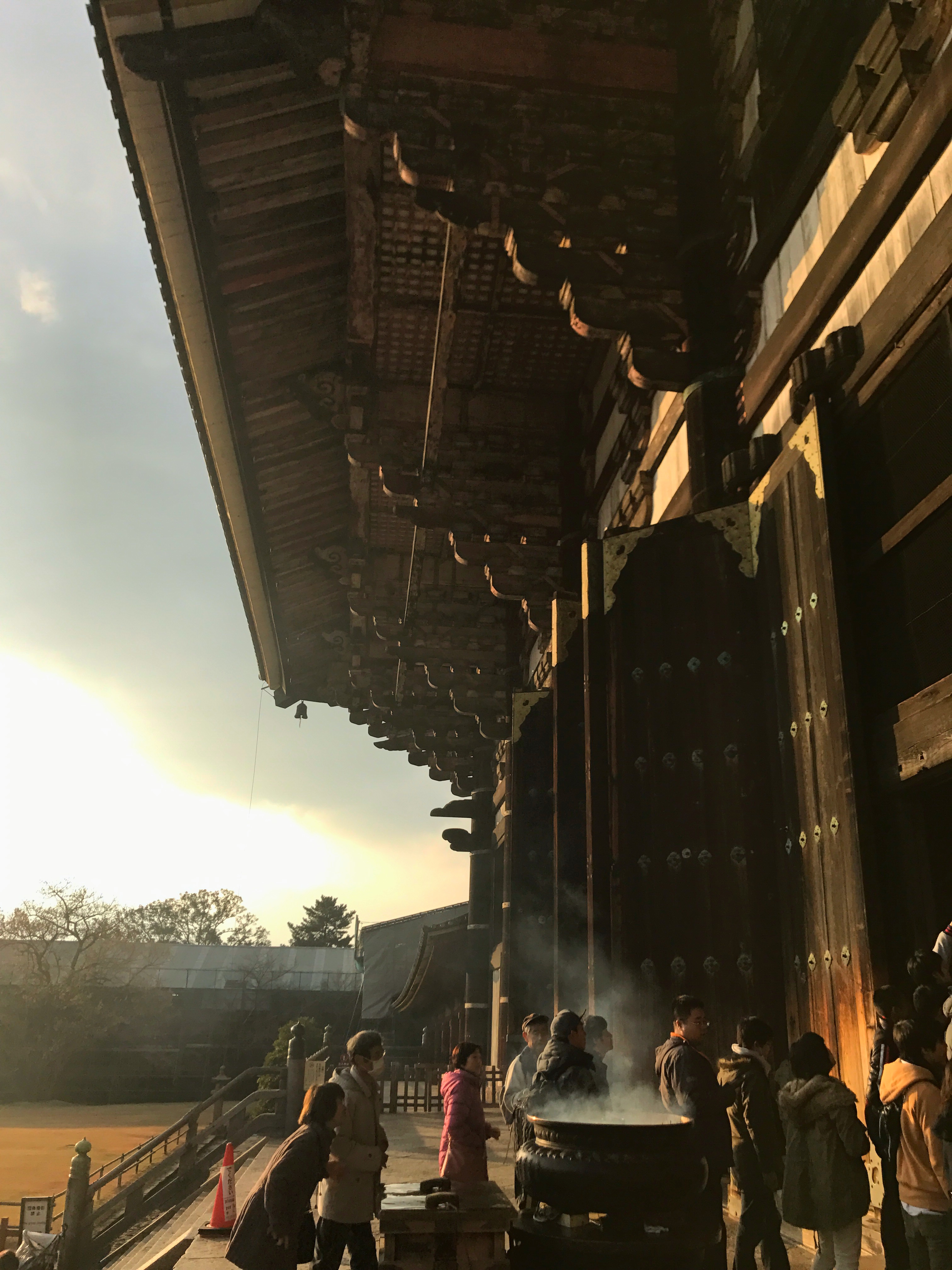 If you only have time to visit one location make sure you visit the Todai-ji! The Todai-ji was founded in 728 by Emperor Shomu and took 15 years to be built. 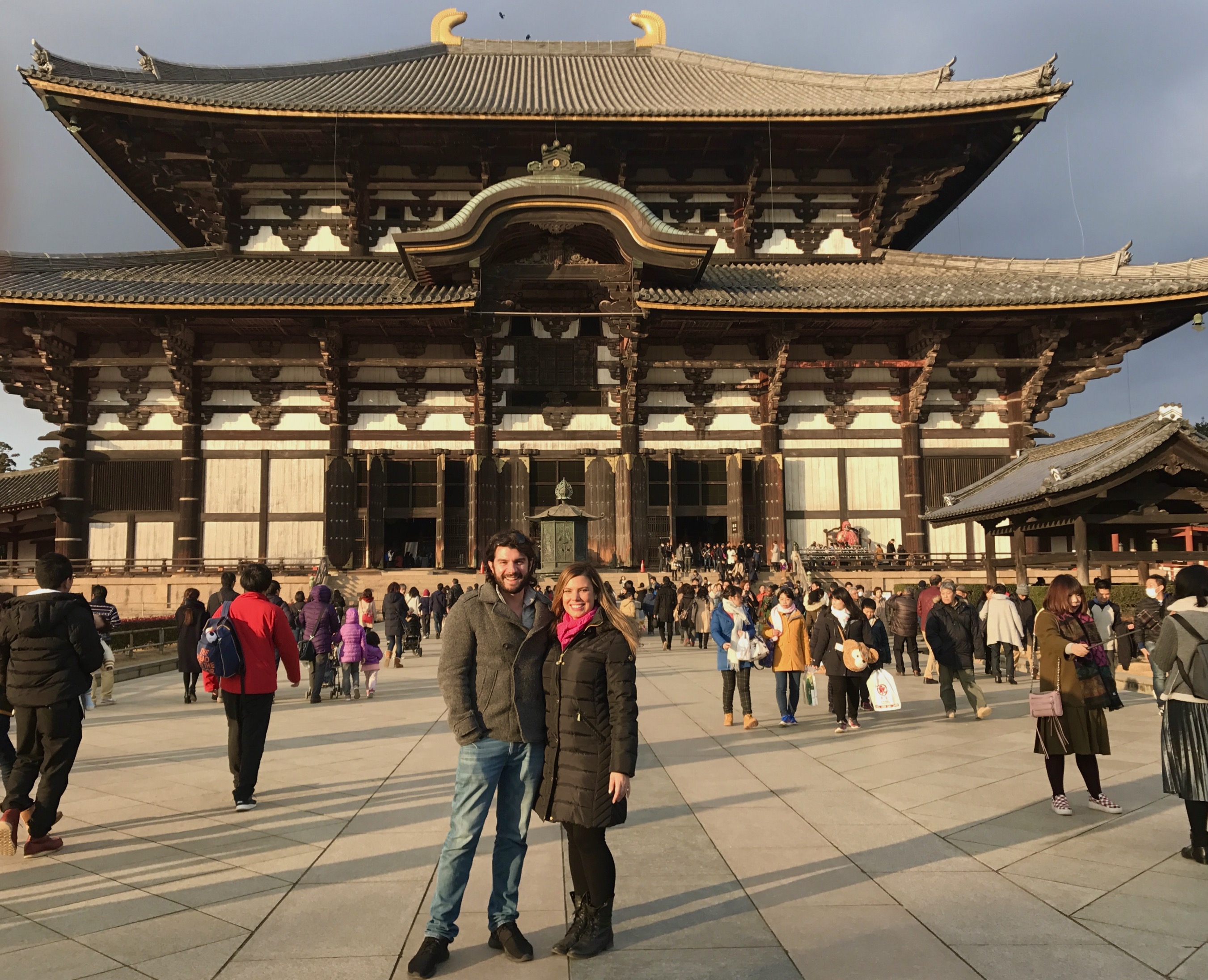 The main hall, the Daibutsuden (Great Buddha Hall), is the world’s largest wooden building and houses one of the largest bronze Buddhas in the world. The Buddha is 49 feet and 2 inches tall! It costs 500 JPY to visit Todai-ji. 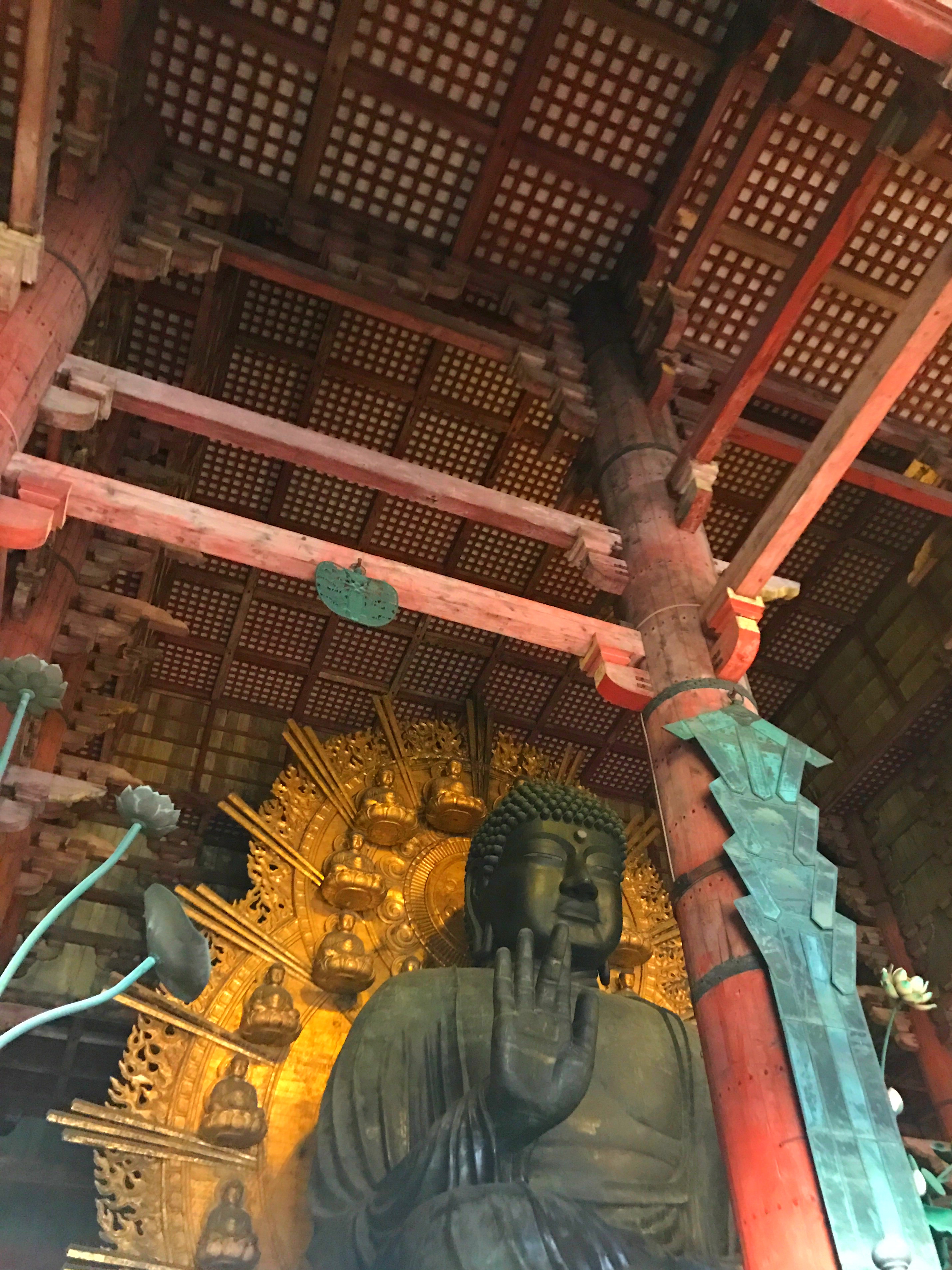 The world’s largest wooden Buddha!
On your way out of the park make you will see many vendors selling a variety of food. 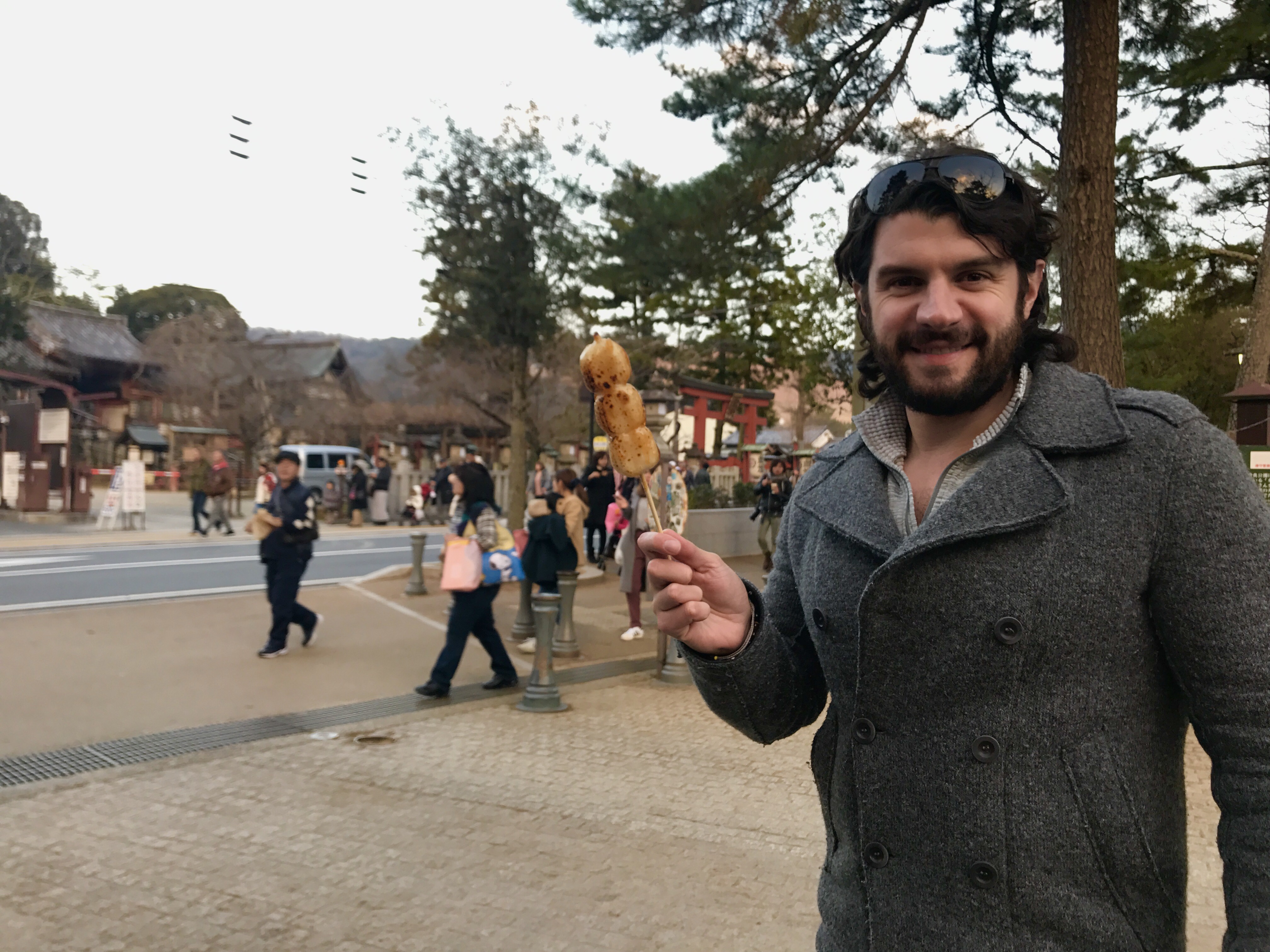 Make sure to try some of the sweet Japanese treats. Our favorites were the chocolate covered bananas and toasted Mochi with soy sauce! 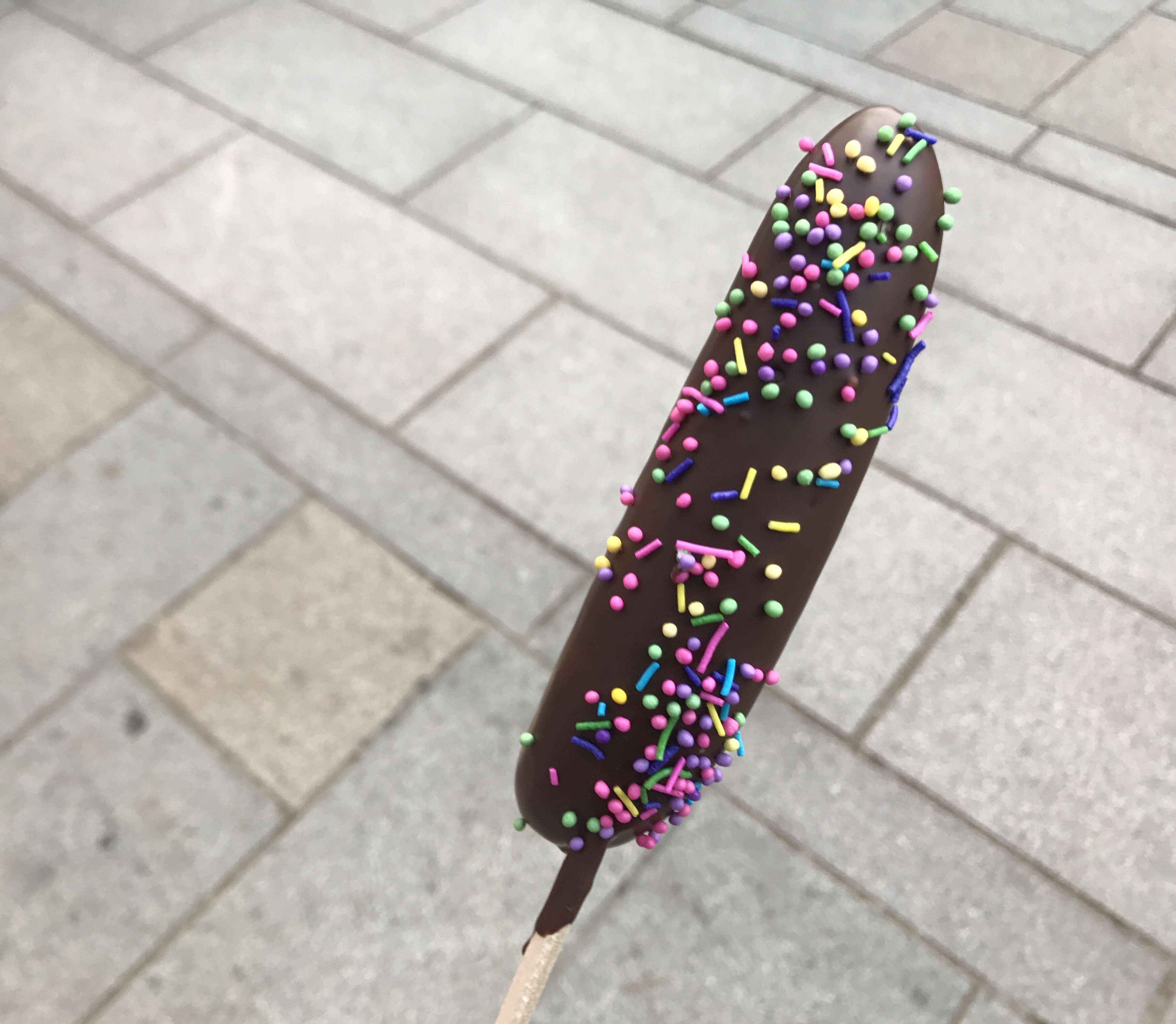 Nara is a completely wonderful city in Japan. I can’t wait to go back and visit because I miss this little guy already! 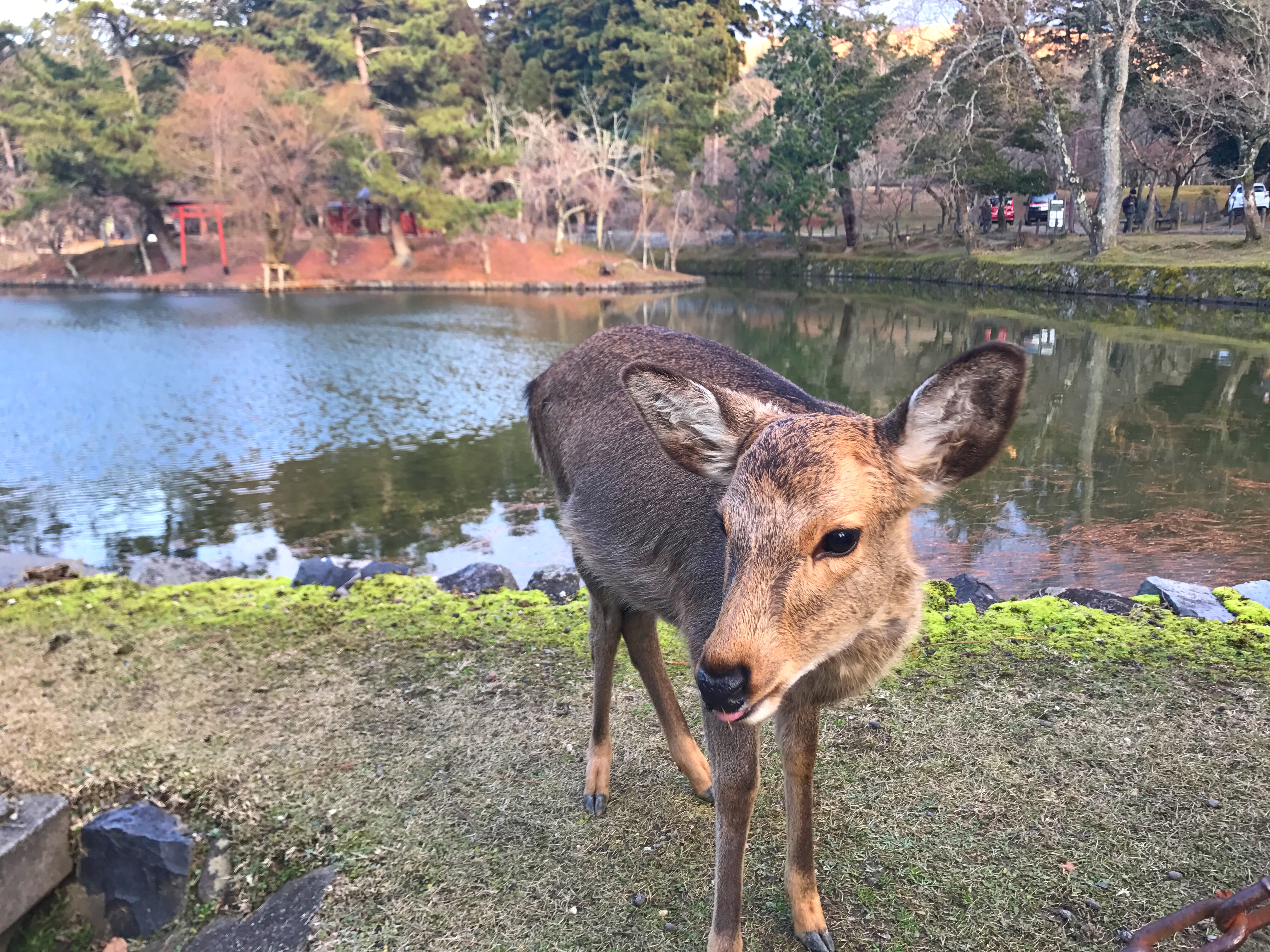 Look at that sweet face! Running of the Bulls in Pamplona!

A Day in Kyoto’s Arashiyama District!

Should I visit Macau?